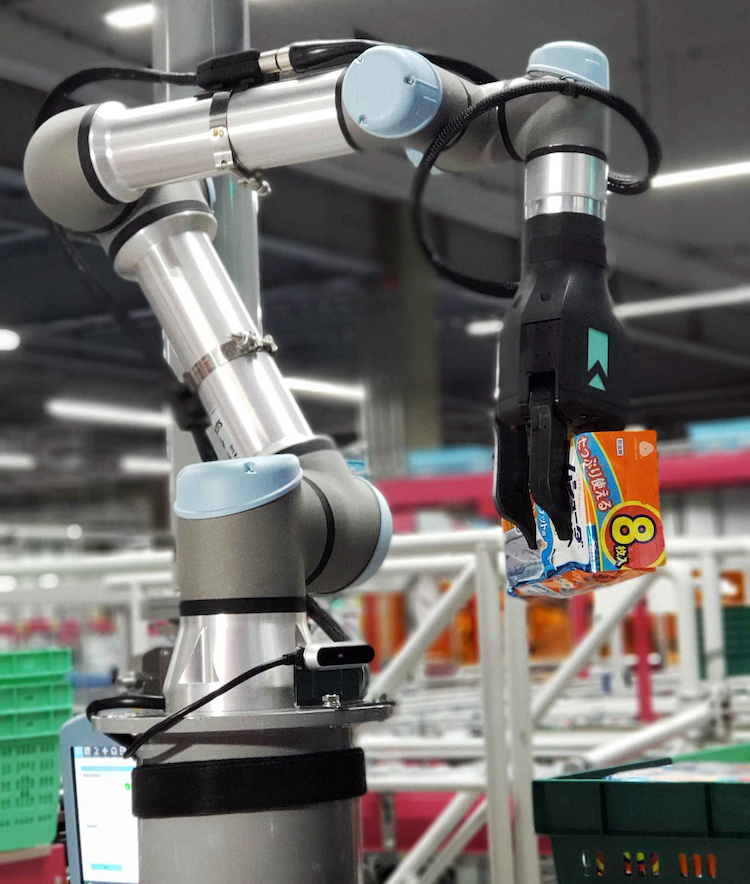 RightHand Robotics has installed a multi-robot picking solution PalTac, which is said to be Japan’s largest wholesaler of consumer packaged goods.

The US company has also established a new corporate entity in Japan, RightHand Robotics GK.

The subsidiary will enable RightHand to better serve the fast-growing demand for robotic piece-picking in Japan and the rest of Asia Pacific.

RightHand’s partnership with PalTac is its first in the country.

PalTac will introduce RightHand’s piece-picking solution to the Japanese market at the launch of its newest facility, RDC Saitama, on October 10, 2019.

The warehouse, located in Sugito, Saitama Prefecture, stocks over 20,000 SKUs every year and is equipped with multiple RightPick workcells that can reliably pick and place a wide range of items at a high rate.

Masakazu Mikita, general manager of research and development at PalTac, says: “It has been a pleasure working with RightHand Robotics on Japan’s first multi-robot RightPick installation.

“Moving forward, we are expecting robotic piece-picking to play a key role in further optimizing the supply chain and providing the best customer experience for the delivery of daily necessity, cosmetic, health and over-the-counter pharmaceutical products.”

With over 20 years of experience introducing innovative US-based technologies into the Japanese market, Kensaburo Tamura has been named to lead RightHand Robotics GK, serving as regional head of Asia Pacific.

Previously, he served as the country manager at Cloudera, a provider of big data and artificial intelligence software platforms.

“Japan is a huge and expanding market for robotic piece-picking and having a presence there, under Tamura’s leadership, will increase our opportunities in Asia Pacific and play a pivotal role in our global growth.”