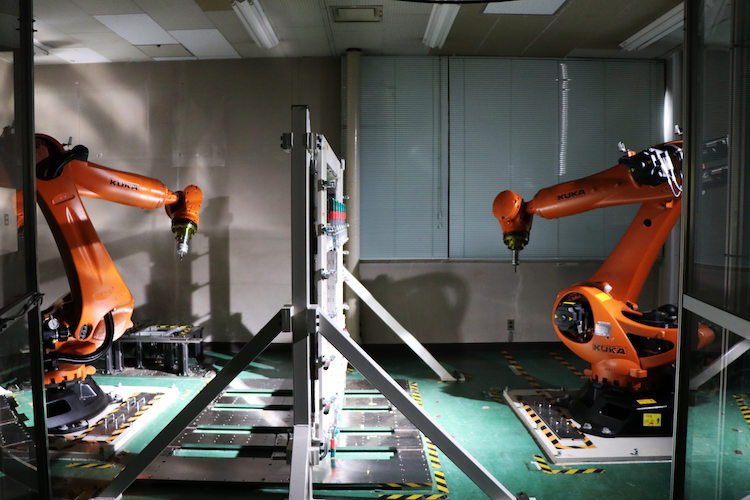 Nissan has developed a new way to use robots to make car parts out of sheet steel, a breakthrough that could make replacement parts for discontinued models more widely available for customers.

Thanks to its flexible production, short lead times and minimal upfront costs, the new technique could make it commercially viable to produce and sell a wide variety of after-service and replacement parts in small volumes for cars that Nissan no longer makes.

This was previously not possible due to the high upfront costs and long lead times to develop and make dies for stamped parts.

Until now, dual-sided dieless forming had been considered too difficult to commercialize.

This was due to the complexity of programming two robots to operate synchronously while ensuring consistent quality.

Existing techniques have primarily relied on single-sided forming, which limits the complexity of shapes that can be created. By placing robots and tools on opposite sides of a steel sheet, they can create more difficult and detailed shapes.

The new technique was made possible thanks to the production engineering expertise at Nissan’s Production Engineering Research and Development Center, along with advancements in materials technology by Nissan’s Research Division.