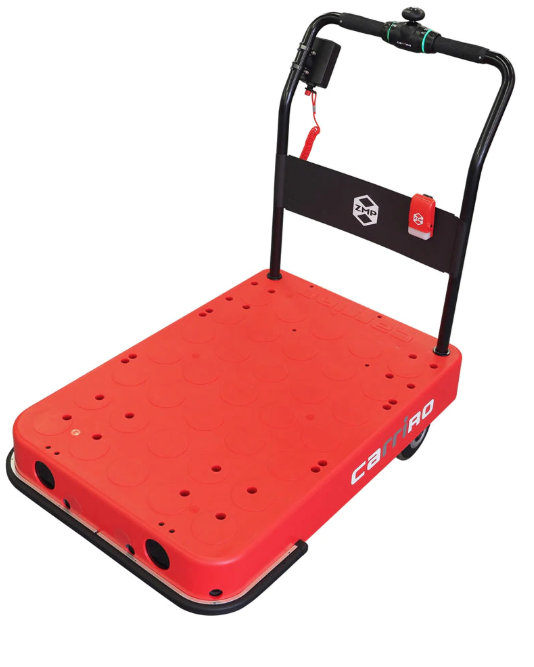 ZMP has started shipping its logistics support robot CarriRo in South Korea. The Japanese company is operating within a joint venture with Anro. (see video below.)

ZMP says it will begin shipping CarriRo in Korea from the end of November 2019.

The sales company in Korea will be T-Robotics, which is engaged in the robot business in Korea, and Anro.

Prior to this shipment, CarriRo AD will be exhibited at the Robot World event, which will be held from October 9 to 12, 2019 in Korea.

Ki-Hyung Nam, head of marketing at Anro, says: “CarriRo, which started mass production in Japan in August 2016, has been sold to various customers at logistics companies and manufacturers’ factories.

“ZMP constantly responds to the demands of various customers. In particular, it has the great advantage of being able to cope with various usage scenes in the field and adapting immediately to the operations of logistics companies and manufacturing customers who are faced with labor shortages.”

Shipments in Korea starting at the end of November 2019 will start with rentals, and the best plan for a half-year short-term trial will be prepared.

T-Robotics was established in 2004. Especially in large vacuum transfer robot technology, it is the only company in Korea and has a global business.

While the above CarriRo is intended for operation within warehouses, a different version of CarriRo is designed for home deliveries.