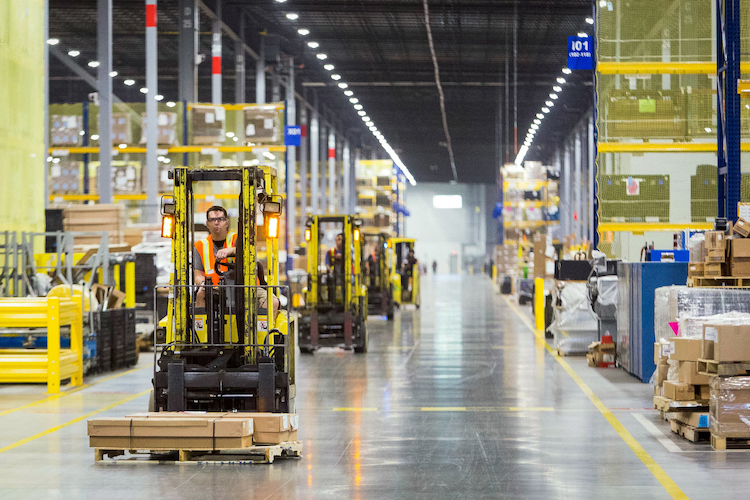 General Motors has opened a new ACDelco and GM Genuine Parts processing center in the Flint, Michigan, suburb of Burton. The facility will employ more than 800 hourly and salaried employees.

GM now employs more than 9,500 people in Genesee County, including the Grand Blanc headquarters of the company’s Customer Care and Aftersales business and the Flint manufacturing complex.

“Strategic investments in our core business, and the strong US economy, are creating opportunities for GM and its employees all over the country, and especially here in Michigan.”

All of the positions in Burton support GM’s CCA business – the team responsible for supporting the service and repair needs of millions of GM vehicle owners as well as owners of competitive makes around the world.

The 1.1 million-square-foot plant, located on 141 acres on Davison Road, is triple the size of the facility in Burton that it is replacing.

The increased capacity allows for greater efficiency and output as employees unitize and package as many as 120 million service parts a year.

Tim Turvey, GM global vice president, customer care and aftersales, says: “GM has the highest owner loyalty of any manufacturer, and a big part of that equation is getting high-quality parts into the hands of trained service technicians when and where they need them.

“That’s why this particular facility is so vital. Great service keeps our customers coming back year after year.”

According to IHS Markit, a leading source of global automotive industry information, analysis and insight, GM has earned the highest customer loyalty among all automakers selling in the United States for four consecutive years.

GM’s Chevrolet, Buick, GMC and Cadillac brands all consistently score at or near the top of J.D. Power’s annual Customer Service Index Study, which measures satisfaction with service at a franchised dealer or independent service facility for maintenance or repair work among owners and lessees of 1- to 3-year-old vehicles.

Engle says: “We have had tremendous support from the City of Burton, including Mayor Paula Zelenko and the city council, UAW Local 651, the project management team at NorthPoint Development and the Michigan Economic Development Corp. to take this facility from concept to reality.

“We are very grateful for this opportunity to expand, grow and contribute to the Burton community.”

The new Burton facility at a glance

The parts packaged and distributed from Burton are used to maintain every Chevrolet, Buick, GMC and Cadillac vehicle sold in the United States, as well as hundreds of competitive vehicles.

GM and its general contractor NorthPoint Development broke ground on the new site in June 2018, and GM shipped its first outbound delivery in June 2019.

The facility has 84 shipping and receiving docks, up from 35 at the previous site.

GM has awarded more than $5.6 million to Flint-area nonprofits since 2017.