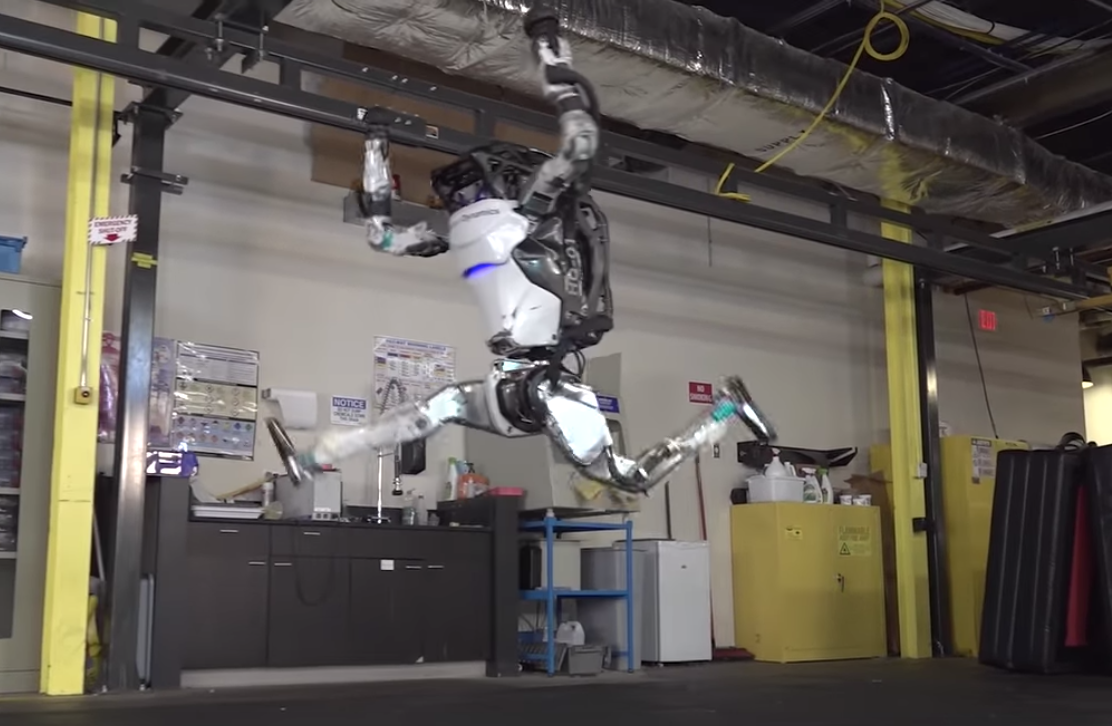 The Boston Dynamics team have always impressed with their ability to mimic natural human or canine movements with their robots, and the new gymnastic skills they have taught Atlas are equally as accomplished.

Why a robot would need gymnastic skills is another question, however, and one for which we do not have an answer. Boston Dynamics doesn’t offer one either, as far as we can tell.

The Boston Dynamics team appear to be completely oblivious to the notion that anyone might ask such trivial questions as: “What is the point of all this?”

Clearly intensely preoccupied inside a world of their own, the Boston Dynamics team wrote an explanation underneath the YouTube video: “Atlas uses its whole body – legs, arms, torso – to perform a sequence of dynamic maneuvers that form a gymnastic routine.

“We created the maneuvers using new techniques that streamline the development process. First, an optimization algorithm transforms high-level descriptions of each maneuver into dynamically-feasible reference motions.

“Then Atlas tracks the motions using a model predictive controller that smoothly blends from one maneuver to the next.

“Using this approach, we developed the routine significantly faster than previous Atlas routines, with a performance success rate of about 80 percent.”