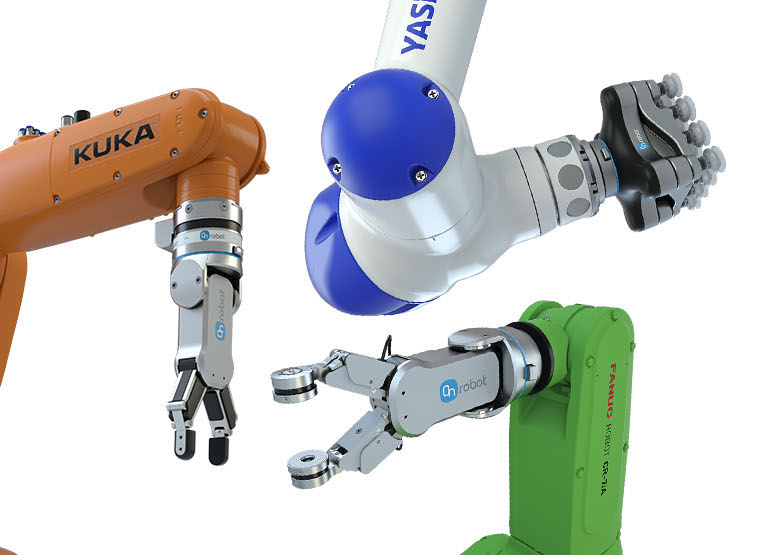 With a growth of 23 percent in annual installations of collaborative robots from 2017 to 2018, the new World Robotics Report, published by International Federation of Robotics, shows a huge demand for end-of-arm-tooling, (EoAT).

In 2018 almost 14,000 new cobot arms were installed, and if this trend continues, that number will double in approximately three years, prompting an unprecedented EoAT market opportunity that OnRobot is ready to address.

For the first time ever, the annual World Robotics Report includes a specific analysis on the market for cobots, documenting a robust 23 percent growth worldwide.

The International Federation of Robotics’ report indicates that a substantial part of the adoption will be driven by more intelligent components such as smart grippers, “plug and play” interfaces, and programming by demonstrations.

Enrico Krog Iversen, CEO of OnRobot, welcomes the report, emphasizing how these trends align closely with OnRobot’s value proposition: “The significant growth of cobot installations shows that our new One-System Solution that provides a unified mechanical and electrical interface between any OnRobot EoAT and a full range of cobots and light industrial robots is right on track.

“This new platform helps small and mid-sized manufacturers optimize their processes with greater flexibility, higher output, and improved quality. We have only seen the beginning of amazing growth in the cobot area, alongside with the current rise of industrial robots.”

Iversen is an experienced investor who has an impressive history of predicting the robotics needs of the industry.

“In this growing market, OnRobot is poised to become the world’s leading EoAT manufacturer. The target is to extend our number of products from 10 to 50 next year alone.

“With a single robotic system, a single platform for programming and training, and single vendor relationship, manufacturers now have access to a full range of tools, full robot compatibility, and virtually unlimited possibilities for collaborative applications.”

United States is a major market for OnRobot. In the US, robot sales increased for the eighth year in a row to a new peak in 2018, reaching 40,300 units, a growth 22 percent higher than 2017.

The US is now the country in the world with the third most robot installations, though when looking at robot density, measured in number of robots per 10,000 people, USA only ranks 8th on the world scale, slipping two places down in the ranking since 2017, overtaken by countries such as Sweden and Korea.

Kristian Hulgard, general manager for OnRobot’s Americas division, says: “The US market is far from saturated. With record low unemployment, US manufacturers face labor shortages while also struggling to compete with low-wage countries.

“Automation is their only solution to this multi-faceted challenge and we’re well-positioned to seize this opportunity.”