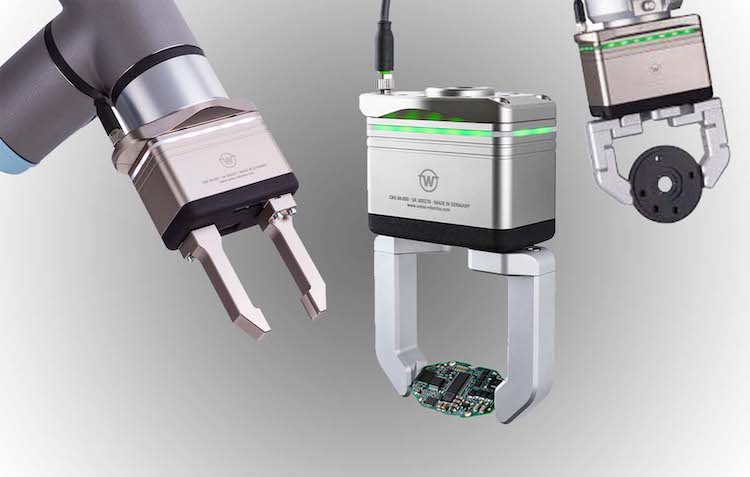 The global market for robot end-effectors is forecast to grow to $6.5 billion by 2025, according to research done by Global Market Insights.

The advent of industry 4.0 in manufacturing industry which includes the inclusion of technological trends such as cloud robotics, automation, cyber-physical systems, big data, and IoT is driving the demand for advanced end-effectors.

The usage of these advanced technologies is anticipated to drive up production, improve efficiency, by transfer computational and decision-making powers to robotics systems.

Factors such as growing deployment of collaborative robots, increasing implementation of robots in the logistics industry for pick and place operations, decreasing cost of sensors and so on is augmenting the robot end-effector market growth. The proliferation of Industry 4.0 provides major growth opportunities to manufacturers operating in the robot end-effector market.

Organizations such as Comau have worked in line with Industry 4.0 by the creation of collaborative robots called Aura (Advanced Use Robotic Arm) which contains a layer of sensors beneath a protective foam that can detect human movement.

However, a major portion of the technologies are still under research as companies are investing heavily in research and development activities to make their technology smarter and more aligned to the demands of the consumers.

The food and beverage industry will provide attractive growth potential to the market.

In addition, food plants are being equipped with robots for beverage bottling, food packaging, refrigerated meat processing, and other applications.

An important benefit of using robot technology in the food and beverage industry is that they eliminate frequent manual manipulation, improving hygiene and performance.

Industries such as milk processing require faster operations to ensure product quality and freshness to customers; hence, are highly inclined toward automating the process.

Major companies operating in the market are:

Another key supplier of end effectors is OnRobot.

The rising competition in the market boosts companies to develop more capable and application-specific products in the market.

These grippers guarantee up to 15 million cycles without the requirement for maintenance, further reducing the costs.

Europe will be one of the key regions in the robot end-effector market with a high penetration rate of automation technologies in manufacturing.

The highly developed automotive industry in the region is expected to create a considerable demand in the market.

Furthermore, the region is witnessing the growing use of robots in logistics, agriculture, underwater, and other applications.

Countries such as Germany are among the major markets for robots. Germany witnessed a 7 percent increase in robot sales in 2017, according to the International Federation of Robotics.

According to the euRobotics, Europe currently holds around 32 percent of the market in the global robots industry.

The strong research and development activities by organizations, such as Bristol Robotics Laboratory, is further boosting developments in the industry. The higher initial costs associated with the implementation of automation technologies in production lines and other applications can considerably hamper the growth of the market.

The other factor that may hamper growth is the need for an update in the current manufacturing infrastructure, which may not be economical.

Furthermore, the robotic process automation implemented in manufacturing requires higher maintenance costs, which limits their implementation by smaller companies to some extent.