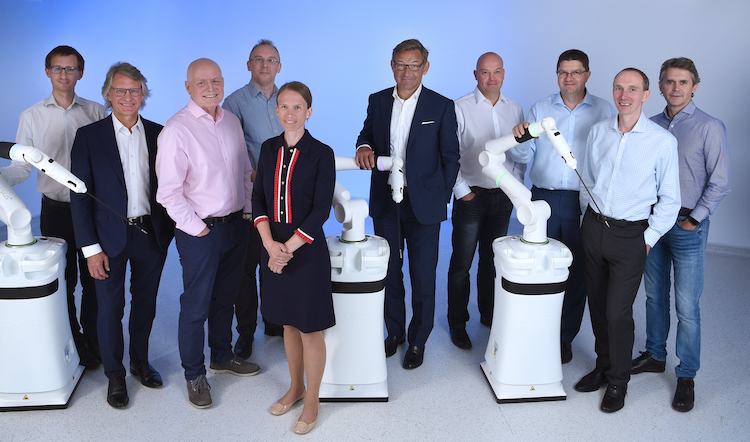 Since the last funding round in May 2018, CMR Surgical has further accelerated its growth in order to achieve its mission of bringing minimal access surgery to patients around the world.

Listed as the sixth fastest growing business in the UK in 2018, the company now has offices located in four continents, and employs 400 people.

CMR says it has made significant clinical progress with its Versius surgical robotic system announcing the successful completion of 30 first-in-human surgical procedures in May 2019 as part of an ongoing clinical trial.

CMR Surgical is expected to launch in hospitals across Europe and Asia imminently with further international expansion expected thereafter.

This raise, which is Europe’s largest private financing round in the medical technology sector to date, will be used to fund the business through the planned global commercialisation of Versius whilst supporting continued research and development, manufacturing and expansion.

The fundraising round has been supported by existing investors: LGT, Escala Capital Investments, Cambridge Innovation Capital, Watrium, and Zhejiang Silk Road Fund as well as new US investors with deep sector knowledge.

Biomimicking the human arm, Versius provides dexterity and precision to surgeons. In addition, the versatility and affordability of the system means it can be used across a broad range of minimal access surgery (MAS).

Erik Langaker, chairman of CMR Surgical, says: “We are pleased to welcome new US investors whose calibre and scale are reflective of the scale of CMR’s mission to transform surgery.

“I would also like to thank our existing investors for their long-term commitment in supporting this company to achieve its global mission.

“The significant capital injection in a UK scale-up reconfirms my belief that the Cambridge eco system has fostered a unique pool of diverse talents and competencies that will help drive our innovation in the years ahead.

“With new and existing investors onboard, CMR is well-placed to make surgical robotics accessible for all.”

Martin Frost, CEO of CMR Surgical, says: “We are delighted with the level of interest and support we have received from both new and existing investors.

“This is a really exciting time for CMR, having already completed a series of surgical procedures using Versius in a clinical trial, and we are on the verge of the commercial launch of the Versius system.

“We are strongly positioned to transform the global market of minimal access surgery, making it more accessible and affordable.”

“As an existing investor, we are confident that the company will disrupt the status quo and transform surgery for millions of people worldwide.

“CMR Surgical is one example of how LGT invests in innovative tech companies that develop groundbreaking solutions to sustainably improve quality of life for a large number of people.”

The Series C financing was supported by Citigroup Global Markets, and Morgan Stanley, as the CMR Surgical’s placement agents and joint financial advisors.