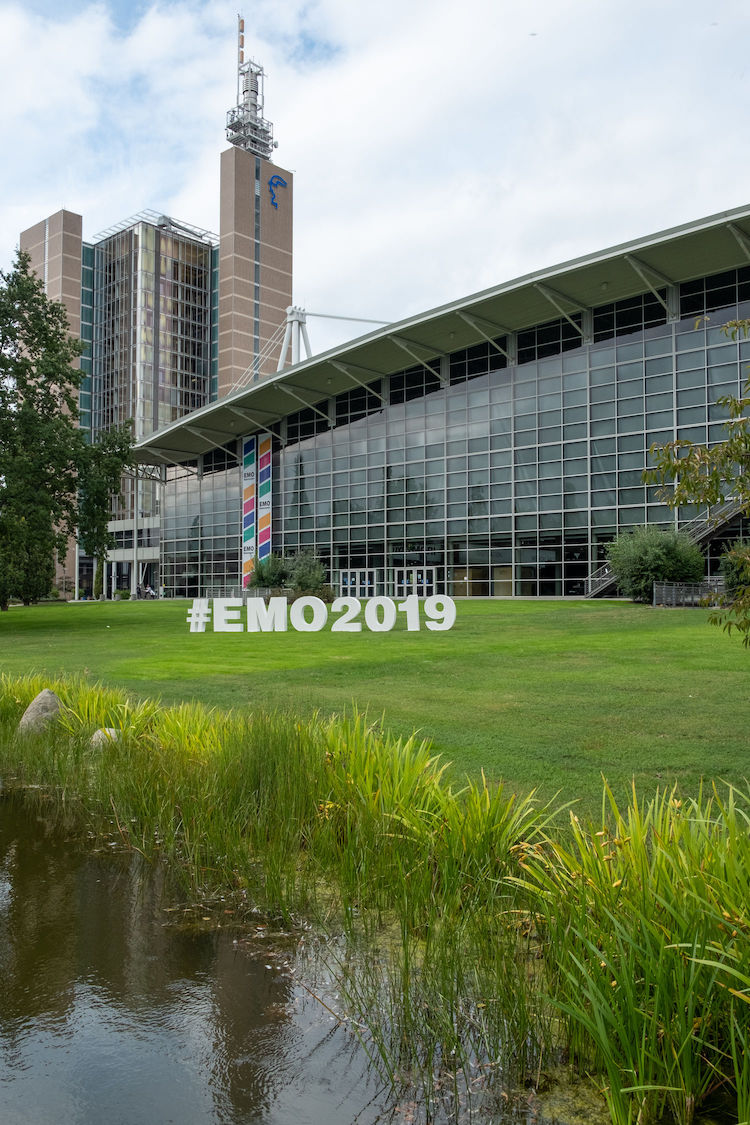 EMO lasts for six days, and is located in the northern German city of Hannover.

The theme of this year’s event is “Smart technologies driving tomorrow’s production”, and more than 2,200 exhibitors from 48 countries are set to present their innovations for industrial production.

Speaking at the opening press conference, Welcker said: “Digitalisation and networking have been the subject of much discussion over the last few years, but they are now finally being implemented in the production processes.”

Factories are becoming smart, machines and tools are becoming intelligent. They communicate with each other and are raising production to new quality levels. Many exhibitors are showcasing offerings for this.

And EMO organisers say there were more than 2,000 hits for the term “Industry 4.0” on the event website. Industry 4.0 mainly refers to the increasing computerisation – or digitalisation – of industrial operations.

Welcker sees major challenges and opportunities arising from the transition of the automotive industry from petrol to electric. Automotive is the metalworking sector’s largest customer.

Welcker says: “Electrification will not happen overnight. Rather, there will still be many optimised fossil fuel-powered vehicles on the road, either with pure combustion engines or hybrid drives.”

The introduction of new drive technologies will undoubtedly lead to changes in individual manufacturing processes.

If we are to achieve the ambitious CO2 climate targets, it is all the more important to redouble our efforts in the search for future drive technologies, and to ensure that the best solution prevails in each case.

Researchers at FEV Consulting have calculated that fully electric vehicles will have a 19 per cent share of the global market by 2030.

This relates to 118 million new registrations, the overall number of which is not expected to change significantly from the 2017 figure.

They also speak of a 64 per cent reduction of the added value in the manufacturing process for pure electric drives, and 24 per cent higher added value for plug-in hybrids.

In this scenario, any losses in production can potentially be compensated by new requirements.

Improvements to the efficiency of the remaining combustion engines and transmission systems in the form of optimised surfaces, the reduction of noise emissions, protection against component wear – which is more intense in hybrids due to the switch from electric to combustion mode at high speeds – and the redesign of braking systems (required due to the high battery weights).

All these factors call for new or modified production processes.

In addition, there is the installation of rapid charging facilities across Germany. Complex new production systems are also needed for the manufacture of key electrical components such as batteries, traction motors and power electronics.

Sustainability is the key

Industry experts say that sustainability is the basis of the machine tool industry’s business model.

Without the use of intelligent technology it will not ultimately be possible to achieve the ambitious climate protection targets by 2030.

In any consideration of such advances, the focus is always on industrial production and thus on machine tools as “enablers”.

Welcker says: “In fact, the tool industry is making a major contribution, because its business model is centred squarely on efficiency and waste avoidance.”

The industry would not enjoy such international success if it was not capable of processing ever-new materials – such as lightweight construction in the automotive industry – and of establishing more energy-efficient processes by cutting out entire processing steps.

For example, by combining a number of processes in a single machine. Industry 4.0 is currently giving rise to much talk about ‘digital twins’.

These allow optimised machines, components and processes to be designed on the computer before any actual materials are used in production.

This is crucial if sustainable principles are to be adhered to in the necessary machining of large parts for wind turbines, in combined heat and power generation, or in the laser machining of solar panels. This is at the heart of what the machine tool industry stands for.

Sustainability has always been a key factor in the construction of the machine tools themselves.

The machine tool industry fulfilled the EU’s requirements as part of its move towards establishing a circular (closed-loop) economy long ago: energy- and resource-efficient production, long service lives, incentives for refurbishment, updatability of control systems, second and third lives for products.

This makes it an ideal example of how to implement recycling management.

After eight strong years for the machine tool industry, global demand for capital goods has been in decline since the fourth quarter of 2018.

User demand in all regions of the world declined significantly in the first half of 2019.

In the EMO host country of Germany, incoming orders also fell by more than a fifth in the first six months. Therefore, VDW – German Machine Tool Builders’ Association, revised the production forecast for Germany to minus 2 per cent.

However, a leading world trade fair such as EMO Hannover can reveal at an early stage the technologies which are likely to attract investment in the future.

New offerings arising from digitalisation and the introduction of artificial intelligence, new products made possible through the extensive use of generative processes, and so on, will open up new dimensions of efficiency and quality in production.

Companies should now be getting themselves in shape for the coming years – through strategic realignment, modernisation of production, increased process efficiency.

Welcker says: “There are many potential approaches. The solutions will crystallise in the coming days, not least here at EMO Hannover.”