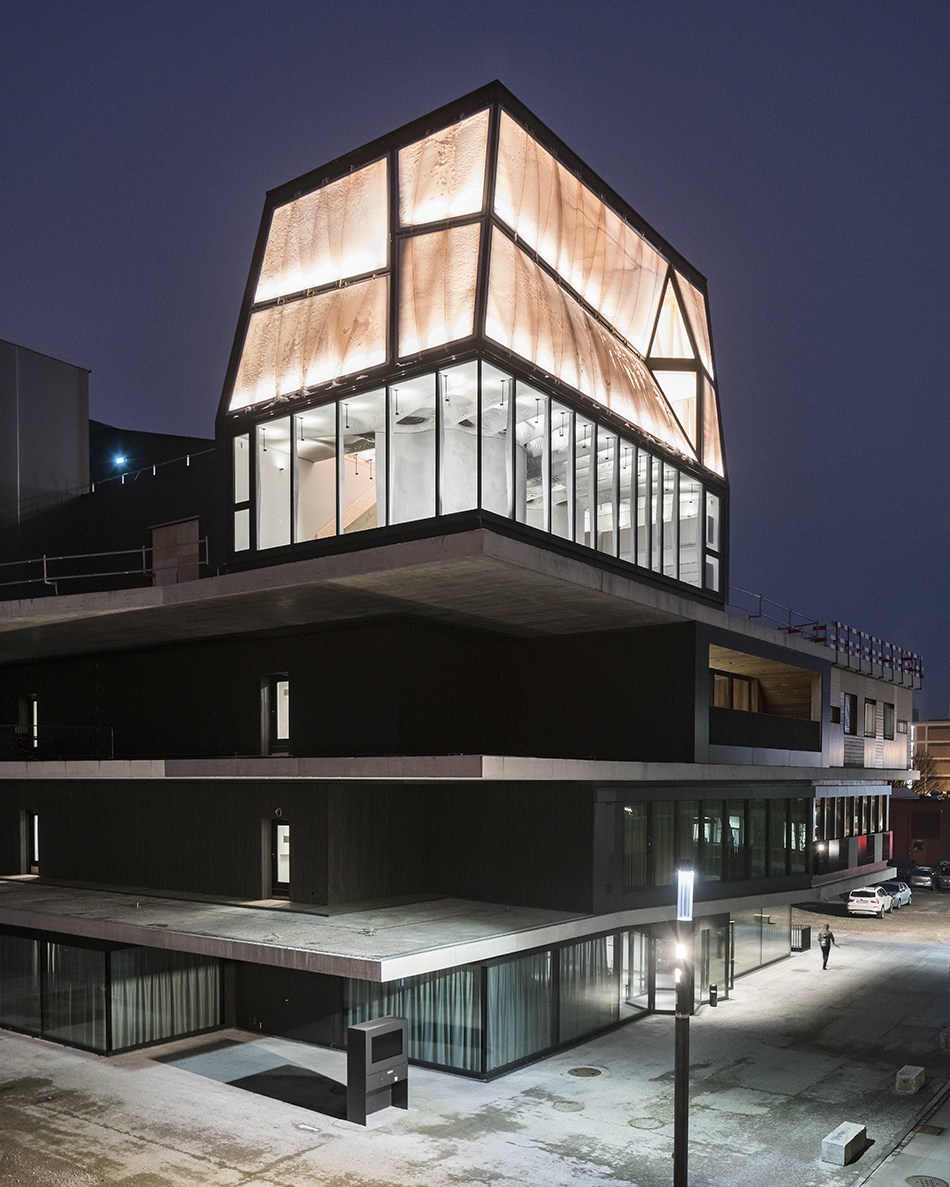 Called the “DFAB House” (main picture), the construction is part of a project that involves the Empa materials science and technology project and Eawag, an aquatic research company.

Empa and Eawag have established a project called Next Evolution in Sustainable Building Technologies, or NEST, which is refers to a building (pictured below) that is described as “the world’s first modular research and innovation building aimed at accelerating the innovation process in the construction sector”.

It is on top this NEST building that the DFAB house has been built.

The architectural concept of NEST was designed by Gramazio Kohler Architects, Zurich.

The central feature of the DFAB house is the curved wall (pictured below), something that was digitally designed on a computer and had its concrete applied by a large, industrial robotic arm, or “fabricator” as it’s called by the people responsible for the construction.

“Unfortunately, these technologies are still scarcely used on construction sites.

“With the DFAB House, we are able to test new technologies hand in hand with industry and thus accelerate the transfer from research to practice.”

“The path from the digital drawing board to an actual building has challenged both scientists and experts from industry.

“Through a constructive dialog, something truly visionary can now be put into practice; hopefully it will soon be used broadly in the construction industry.”