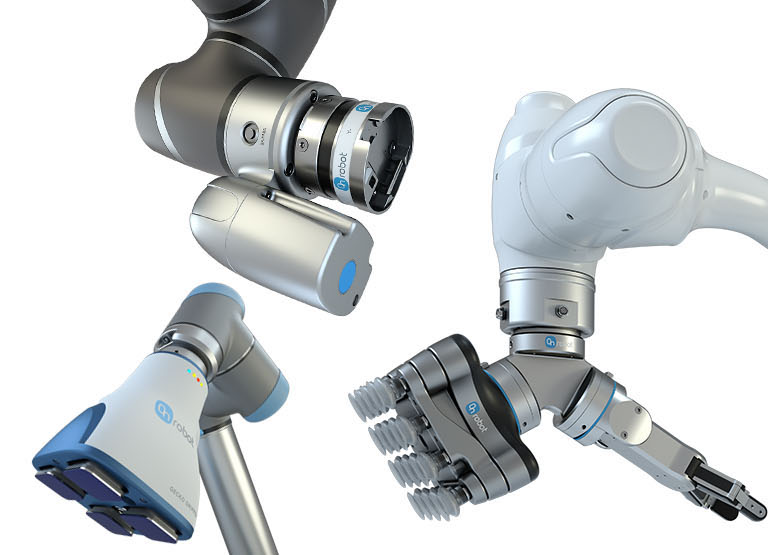 OnRobot says the launch is part of its mission of making robotic applications faster and easier to implement with a unified mechanical and electrical interface for any OnRobot EoAT.

This new one-system solution speeds deployment so manufacturers save time and money and can quickly realize the benefits of automation.

At Automate Show in Chicago in April, OnRobot released its Digital I/O Converter Kit, which allowed OnRobot end-of-arm tools to work with a full range of leading collaborative and light industrial robot brands including:

An additional Dual Quick Changer incorporates these same new capabilities while allowing the use of two tools in one cycle, mixing and matching to suit application needs and maximizing robot utilization.

Enrico Krog Iversen, OnRobot CEO, says: “Manufacturers are demanding more from their robotic applications, and end-of-arm tooling has become the key to optimizing their investments.

Remy Glaisner, research director for intelligent operational systems and robotics at IDC, says: “The benefits of robotics across the industrial operating environment is routinely hindered because of systems’ limited versatility.

“Actuation capabilities are therefore critical to the applicability of solutions across a variety of manufacturing use-cases.

With the OnRobot Quick Changer, a single cable provides a universal interface for tools and communications, so there is no need to disconnect cables when changing tools, and extended communications options support a full range of robotic platforms.

For Universal Robots robot arms, OnRobot now provides a unified URCap that allows all tools to work together, even in a single program.

For example, using the new Dual Quick Changer, manufacturers can use an RG2 two-finger gripper together with a VG10 vacuum gripper in one cycle, achieving greater utilization of a single UR robot.

The unified programming solution enables the setup time on UR robots to be “faster than ever”, says OnRobot.

Fieldbus solution for other robot brands

All OnRobot products now have a unified communication platform using standard fieldbus protocols, making it easy to program the tools, regardless of robot used.

WebLogic for Digital I/O for any type of robots

For robots that connect through digital I/O, the new OnRobot one-system solution includes a WebLogic interface.

Along with the new one-system solution to simplify automation, OnRobot continues to improve its EoAT to meet changing market demands.

The RG2 and RG6 grippers have been re-designed to be stronger, more sensitive and easier to mount.

The Gecko Gripper’s pads have been improved with a maximum payload, depending on the material, now up to 6.5 kg.