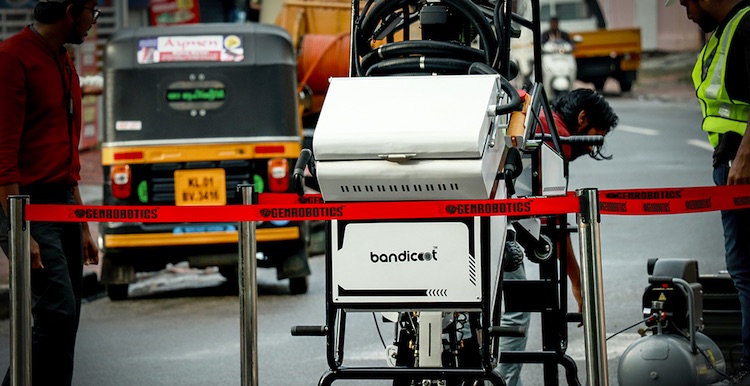 Malaysia and the UAE are among the outside nations from which orders have been received for GenRobotics machines, and they join Indian states such as Tamil Nadu, in the south, and Haryana, in the north of the massive country of more than 1 billion people.

The company says its mission is to “provide better and safer methods to people, using robotics and artificial intelligence for working with extreme and unsafe environments for the welfare of mankind”.

While it may sound somewhat ambitious, in a country where a significant health hazards are created by poorly designed sewerage systems – wherein some workers actually die – GenRobotics may be able to provide an alternative to traditional ways of doing things.

The company sold approximately 20 robots in one single order placed by a local authority, and with such a large country, a similar number for each local authority would provide GenRobotics with a healthy cash flow.

GenRobotics’ co-founder Rashid K told New Indian Express that he met with a minister from New Delhi who said the government wants to do away with manual scavenging – work inside manholes and sewers.

“The aim is to eliminate manual scavenging by 2020,” said Rashid. “We’re implementing a step-by-step approach.”