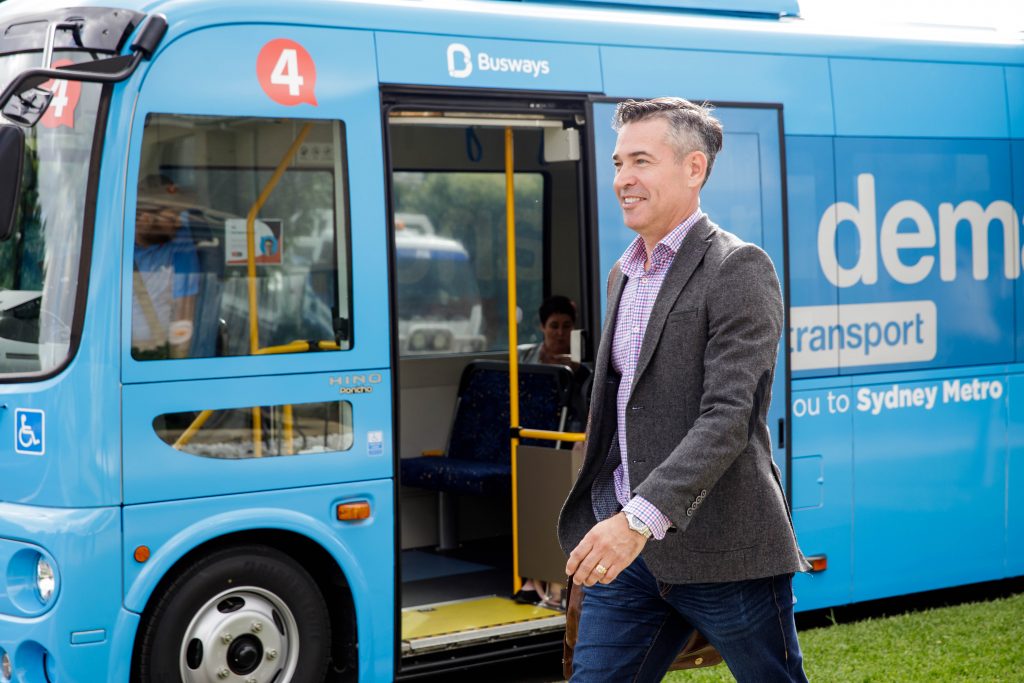 Via, a provider and developer of on-demand public mobility solutions, has released metrics for its new Cooee Busways transport system, launched in partnership with Transport for New South Wales (TfNSW) and Busways, an Australian transportation provider.

Despite only starting operations on May 27, Via says “residents are already flocking to the new service by the thousands, with ridership exceeding targets, and vehicle utilization well ahead of the project’s goals”.

Residents in the western Sydney suburbs have proved their eagerness to leave their private vehicles at home and take public transport, with more than 20,000 rides taken on the Cooee service in less than three months.

Ridership increased by more than 50 percent between June and July, with 55 percent of riders saying they previously used a private vehicle to make the journey.

So far, of the 55 percent riders that previously used their private vehicle, 50 percent stated it was primarily used for commuting.

From this, 4 percent stated they had sold their car since using Cooee Busways, with a further 43 percent considering selling their vehicle.

What’s more is that the Cooee service maintains a significant utilization rate, seeing a 75 percent increase in the first 11 weeks.

During the morning and evening commuting hours, more than twice as many riders use Cooee Busways than originally projected.

To date, the Cooee Busways app has been downloaded more than 8,500 times, garnering a 4.8 star review from users. This equates to a third of the residents in the service area having the app.

Daniel Ramot, co-founder and CEO of Via, says: “Via’s technology is redefining mobility across the globe, and we’re thrilled to see such a positive reaction from Cooee Busways riders since launching the new on-demand service.

“This project proves that the easier it is to take public transport, the more people will reliably choose it over their private vehicle.”

With the opening of Sydney Metro Northwest, Via’s timely deployment provides an affordable, convenient, and reliable transportation option for those commuting through these new major transit hubs.

Byron Rowe, Busways’ managing director, says: “We are ecstatic over the success of the Cooee Busways service so far. To see ridership grow this quickly in a short space of time has been nothing short of a great achievement for the teams behind the project.

“It wouldn’t have been possible without Transport for NSW and Via working with us to deliver this futuristic passenger transport service, now.

“We’re getting people out of their cars, easing traffic congestion, freeing up parking spots, and making the integrated transport network work better for people.

“The execution from the teams involved has been outstanding – from using the right technology, to picking the area, designing the service, choosing the vehicles and kicking it all off with a proper marketing campaign.”

Commuters can use the service by downloading the Cooee Busways smartphone app powered by Via, available on iOS and Android.

Via also partnered with Busways to launch the world’s first on-demand shared autonomous deployment, BusBot, in Toormina, a suburb of Coffs Harbour.

Via claims it has been asked by cities and transportation players around the world to help re-engineer public transit from a regulated system of rigid routes and schedules to a fully dynamic, on-demand network.

Via now has more than 80 launched and pending deployments in 20 countries.