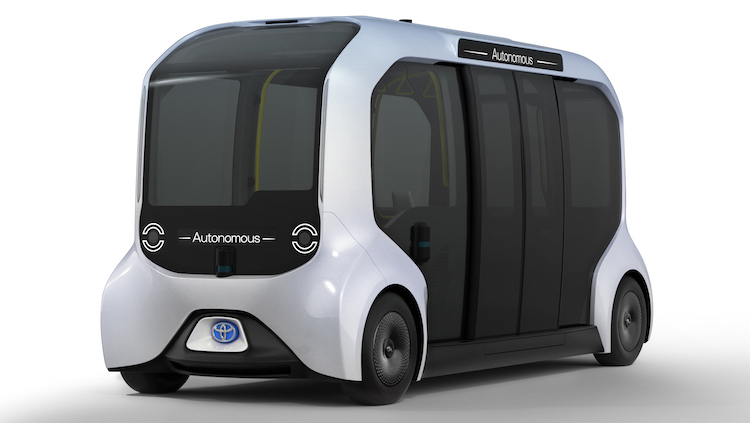 Toyota is planning to showcase its full range of electric and autonomous vehicles at the upcoming Olympic Games in Tokyo next year.

The automotive giant says 90 per cent of the 3,700 vehicles it will supply to the Olympics will be electrified, and its newly built autonomous shuttles will also be made available.

One of the vehicles developed specifically for the Olympics is Toyota’s e-Palette, an SAE Level 4 autonomous shuttle (main picture and below).

The e-Palette is Toyota’s first BEV developed specifically for Autono-MaaS – a combination of the words “autonomous” and “mobility as a service”.

The Tokyo 2020 e-Palette will support transportation needs of staff and athletes, with a dozen or more running on a continuous loop within the Olympic and Paralympic Village.

With a low-floor, electric slope and by stopping precisely at each stop, leaving little to no gap or opening between the curb and the bus, the e-Palette will make travel easier for wheelchair passengers and support smooth transport over short distances.

Toyota will provide a total of around 3,700 mobility products and/or vehicles for Tokyo 2020.

The majority, or nearly 90 percent, of the official vehicle fleet will be electrified.

Among the electrified vehicles provided, Toyota will include approximately 500 FCEVs and approximately 850 BEVs, the largest of any fleet for a Games to date.

Out of the approximately 3,700 mobility products and/or vehicles for Tokyo 2020, 2,700 vehicles will be part of the official fleet providing transportation support between venues during the Olympic Games.

These will be commercially-available vehicles, such as Mirai, and so on.