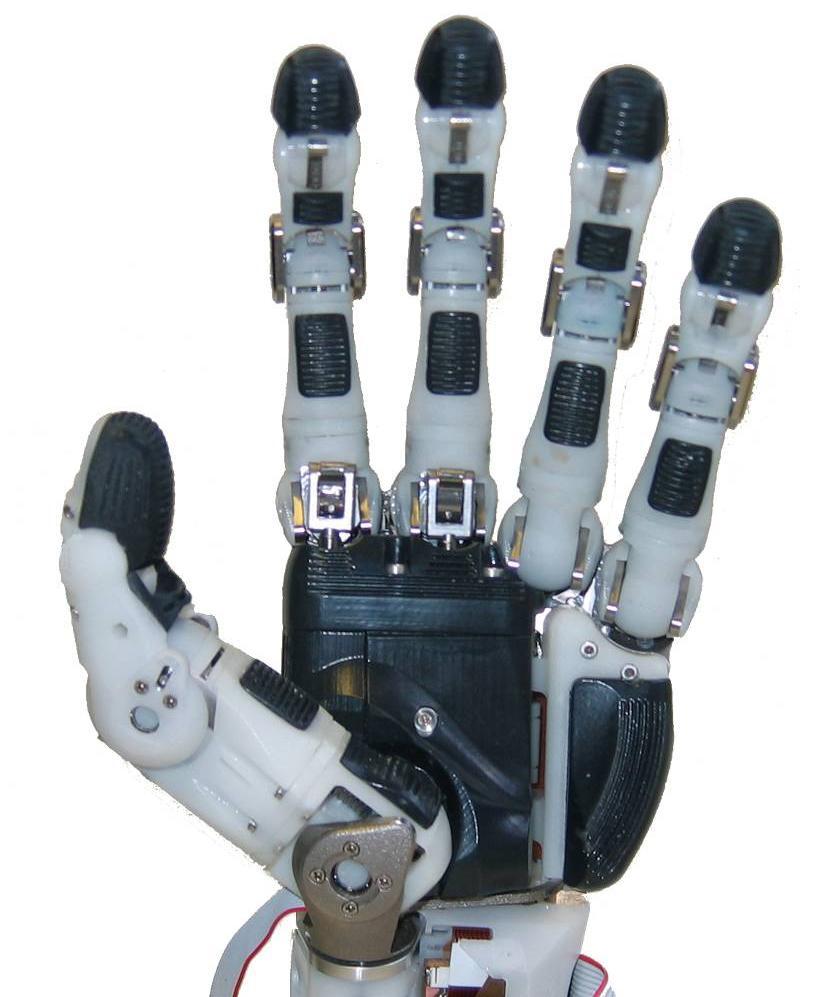 However, they added that it was necessary to do more experiments under various conditions in order to apply the current controlling technology to manufacturing environments.

Nonetheless, this study is expected to be a step forward for realizing work automation of, for example, grasping and releasing of objects in a narrow space.

Industrial robots are now widely used and are indispensable in car manufacturing and in other fields. Conventional robot hands are suitable for grasping hard objects of fixed form, whereas it is not easy to grasp complicated objects or to gently grasp soft objects.

A soft-surfaced fingertip of a robot hand is deformable and can grasp an object of complicated form rather easily, since the contact area can be enlarged by surface deformation in response to the object form.

Soft-surfaced fingertips are very effective in grasping soft objects; even tofu can be grasped.

Generally, however, the surface friction of soft material is high, which makes releasing more difficult. It is also difficult to release objects to desired positions, especially in cases where the working space is narrow.

The research group was led by Professor Tetsuyou Watanabe at Kanazawa University has been conducting research on control technology for grasping objects by the fingertips of robot hands.

In the present study, the group aimed to develop a friction control system.

The group used the soft fingertips of a robot hand for grasping objects; releasing was accomplished by applying (injecting) a lubricant.

In this study, absolute ethanol (>99.5%) was employed as lubricant, since ethanol is chemically safe and easy to dry and since its surface tension is low.

As seen in Figure 1, a nitrile rubber film was bonded to the sides of the fingertip foundation to create a space for filling with chain saw oil to make a “fluid fingertip”.

The slits were introduced for a large friction under a water-wet condition and for lubricant spreading.

With this fluid fingertip, objects of various materials used for kitchen utensils were grasped and it was verified that, upon applying the lubricant, the friction was indeed reduced.

The friction was reduced under both dry and wet conditions, whereas such a lubricating effect was not observed under an oily condition.

Next, a box packing task simulation was performed. A paper box was grasped with two fluid fingertips from both sides.

The “texture” described above was bonded to each fluid fingertip. Stable grasping was confirmed by putting a weight on the paper box.

After removal of the weight, lubricant was injected to both fluid fingertips, which caused a downward slipping of the paper box in a rather short time (less than 2.5 s), so that the paper box packaging task was completed.

As shown here, a “texture” of high friction was bonded to the fluid fingertip, and injecting a lubricant (here, absolute ethanol) reduced the friction.

Therefore, releasing and placing of an object at a desired position was accomplished by controlling the friction without moving the fingertips.