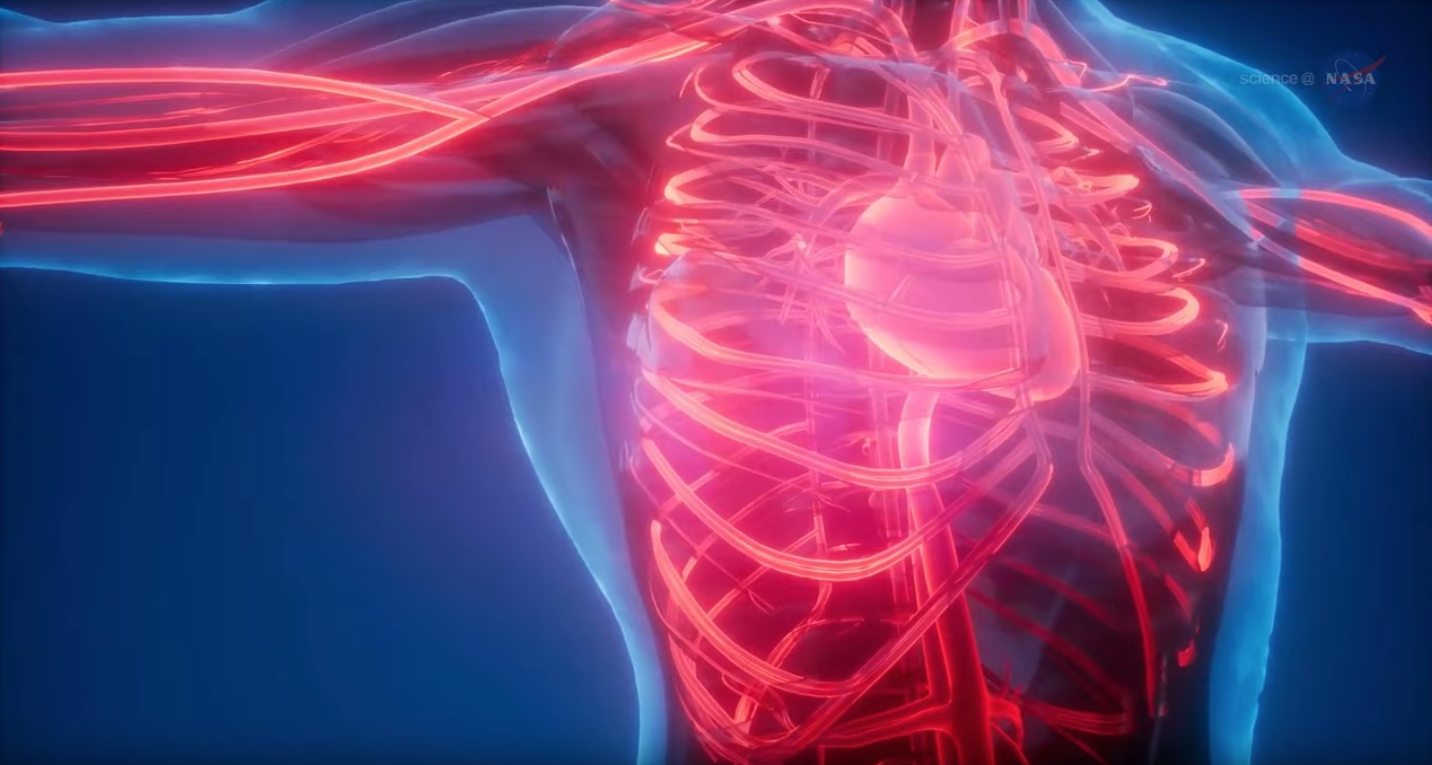 However, 3D biomanufacturing uses biological materials such as new tissue or blood vessels. (See video below.)

“We’ve been able to grow cells in a lab for well over a century,” says Dr Roberts. “But gravity limits that growth to two dimensions. Cells can grow outward, but not up and down like they do in the human body. “Also, lab cells are often in contact with the glass or plastic that contains them.

“But aboard the space station, our experiments will be conducted in microgravity. That allows you to build your cell models in three dimensions, without being confined to the bottom of a dish or unable to grow in contact with lots of other cells.”

Most organs and thicker tissues in the body have a rich, complex network of blood vessels that provide nutrients and remove wastes from the living cells that make up the tissue.

We currently lack the ability and the tools to engineer these highly branched, living networks of vessels inside layers of tissues on Earth.

Another medical advantage to manufacturing biological parts in space is the potential to bypass the body’s immune system.

Today, organ transplants from donors are prone to rejection because the patient’s body perceives the new organ as a foreign object, and their immune system tries to attack it.

But with the ability to grow tissue in space, a person could conceivably have their own cells used to make their new organ, which might avoid the body’s rejection.

Three different types of biomanufacturing facilities will be tested aboard the space station.

Two of them perform in a manner similar to a standard 3D printer – they extrude cells in layers to build tissue.

The third type uses powerful magnets to position the cells in place.

Each of these three different approaches to bioprinting in microgravity will be available to medical researchers seeking to better understand how to engineer tissues and organs for use in repairing injury and curing disease on Earth.

“I think the ability to manufacture a fully functioning human organ will take some time – maybe a decade or more – but the knowledge we’ll acquire to get there will also create interim benefits as we learn more about cell regeneration in space and its application to humans on Earth.”