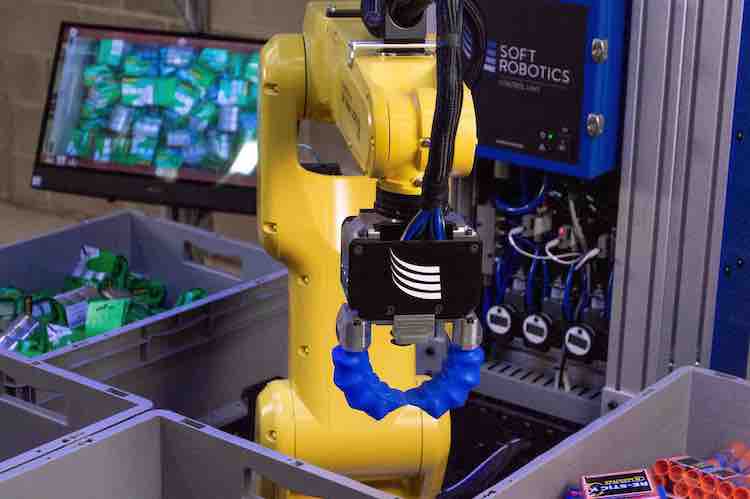 Ground says “SuperPick” is a combination of the latest vision technology and algorithm originally developed by Soft Robotics, and the material of the part that picks up the object called “hand” that has been patented.

The company calls it “a revolutionary robotic picking solution that can pick up atypical individuals with different accuracy as fast as human hands”.

In the US, the Soft Robotics gripper has already been introduced and used in food manufacturers and auto parts factories.

Ground’s R&D center – called “playGround” – was established for the early practical application and optimization of logistics technology through research and development of logistics operations, including demonstration tests of robots for the logistics and distribution industries.

This time, by installing SuperPick in playGround, the company will conduct “multi-faceted simulation experiments” with work operations so that optimal operation can be performed in various logistics facilities in Japan.