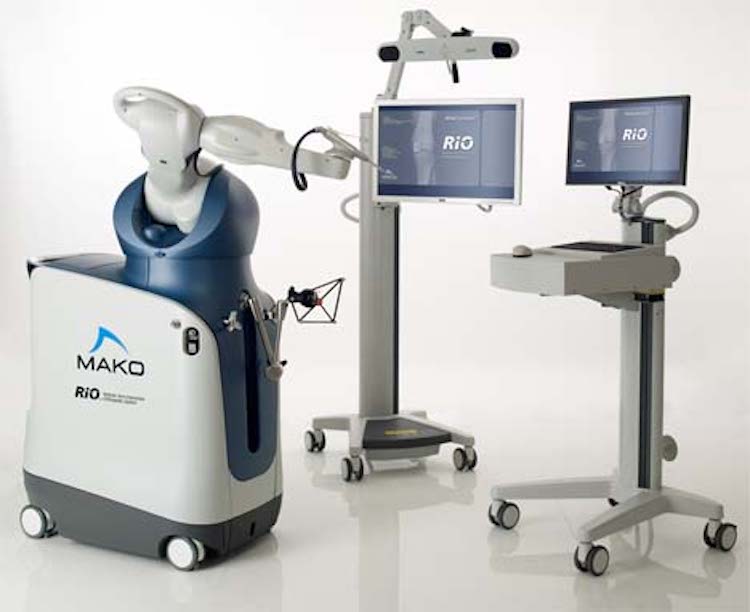 The global market for surgical robots is forecast to grow to $24 billion by 2025, according to a new report by Global Market Insights.

With technological advancements all set to revolutionize healthcare in the coming years, surgical robots market is anticipated to capture a significant share of the changing medical industry.

Of late, precision robots have been able to make minimally invasive surgeries a reality and are being increasingly used in the fields of urology, gynecology, oncology, gastroenterology, thyroid, bariatric, colon and rectal surgeries.

Not only does robotic surgery vastly assist doctors in increasing dexterity and reducing fatigue, advancement in robotic technology recently made it possible for the surgeon to conduct the world’s first telerobotic surgery from 32 kilometers away.

Besides such groundbreaking progress, surgical robots have been involved for long procedures like knee and hip replacement. For instance, Mako Surgical, the Michigan based orthopedic device giant recorded nearly 76,900 knee and hip replacement procedures in 2018 with 650 Mako robots placed around the world.

Surgical robots market is expected to gain a “massive” annual growth over 2019-2025 as current trends in healthcare have “conclusively indicated” that robotic surgery is the future of surgical procedures, according to the report by Global Market Insights.

There are several prominent factors that will be adding palpable stimulus to the surgical robots industry, the chief among them being a rapidly expanding geriatric population.

The aging of the baby boomer generation has affected many aspects of the healthcare sector primarily due to the fact that older individuals tend to require more healthcare services including surgeries.

Demographic trends such as the aging of millennials, especially female millennials should also be taken into consideration as far as surgical robots industry projection over the coming years is considered, as hysterectomies are most commonly conducted on women in their early 40s and medical robots are often used in such procedures.

Intuitive Surgical, the Sunnyvale, California based company holds a dominant position in the surgical robots industry and in 2019 made it to the headlines as it undertook steps to expand its footprint in Sunnyvale investing over $15 million for expanding its area by 36,000 sq ft.

Such investments not only underline Intuitive’s massive success in the manufacturing of advanced medical devices but also the return of investment promised by robotic surgery in the future.

Since experts in the medical field consider robotic surgeries to be the future of myriad surgical procedures, various surgical robotic companies such as TransEnterix, Mazor Robotics, Stryker, Medrobotics are striving to capture larger share in the surgical robots market.

For instance, in late 2017 TransEnterix gained FDA approval for its Senhance robotic surgery system that has the potential to challenge the Da Vinci surgical system in the future.

Medtronic, the medical-device giant, with its acquisition of Mazor Robotics, plans to launch its own robotic surgical system that is anticipated to present a challenge to Intuitive Surgical.

Johnson & Johnson has made its foray into robotic surgery with the acquisition of Auris Health. Auris’ surgical robotic system such as the Monarch is a competitor for the ION system designed by Intuitive for minimally invasive lung biopsy.

Researchers seem to be on the run, and are expected to continue developing surgical robots that add precision to a surgeon’s maneuvers. Rather they are surging forward with the development of robots that can perform surgeries on their own.

Recently, ripples had been created in the surgical robots industry with bioengineers from Boston Children’s Hospital developing a robot that has navigated independently within an animal heart to repair a cardiac valve.

This goes beyond surgeons using controllers in surgical procedures and utilizes AI and image-trained algorithms for autonomous navigation.

With the rapid pace of technological innovations assuring further advancements in the field of robotic surgery technology, surgical robots market size is poised to surpass $24 billion by 2025.