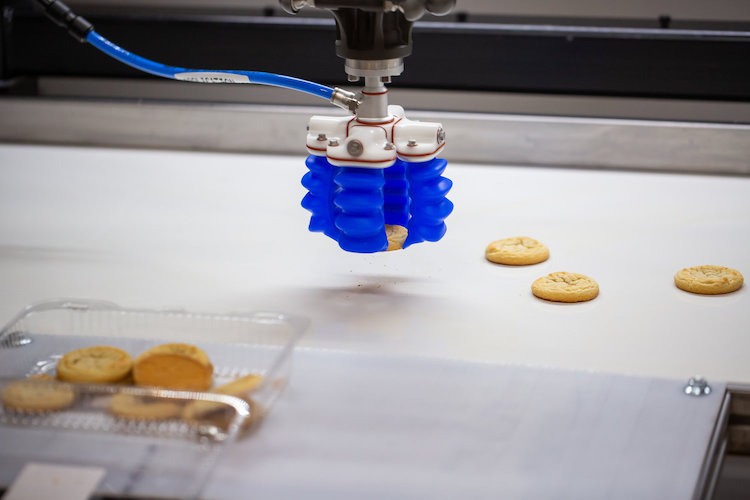 The researcher says the global robotics market will exceed $150 billion by 2025 and the industrial robot sector will account for nearly $13 billion of that in North America alone.

PreScouter says its report is a valuable resource for any company looking to understand and potentially adopt newly emerging robotic technologies.

Dr Ryan LaRanger, the author of the report, notes that development in robotics is focused on broadening the applications of robots, thereby meeting the challenges of stock-keeping unit proliferation and labor shortages.

Disruptive advances in robotics cover a broad set of fields, from the design of novel sensors to the engineering of soft robots and direct human-machine interfacing.

Dr LaRanger says: “Robotics synthesizes advances in a huge array of disciplines and turns them into an impactful final product. Looking at the entire innovation space is necessary to paint a picture of where the field is moving.”

The report first highlights the market forces driving the need for advances in robotics such as the looming labor shortage and the dramatic proliferation of SKUs with the advent of online shopping.

It then highlights advances in robotic sensors and how they may influence the design of robots moving forward, in addition to which industries may be impacted by robots as they gain more operational flexibility.

The report includes an exclusive interview with Carl Vause, the CEO of Soft Robotics (main picture), who speaks about how the field of robotics will develop and what forces may drive that progression.

Vause says: “The next major advancement in robotics is going to be overcoming the variation barrier.”

PreScouter says its report serves as a “robust primer”, highlighting potentially disruptive advances in the field of human-robot collaboration.