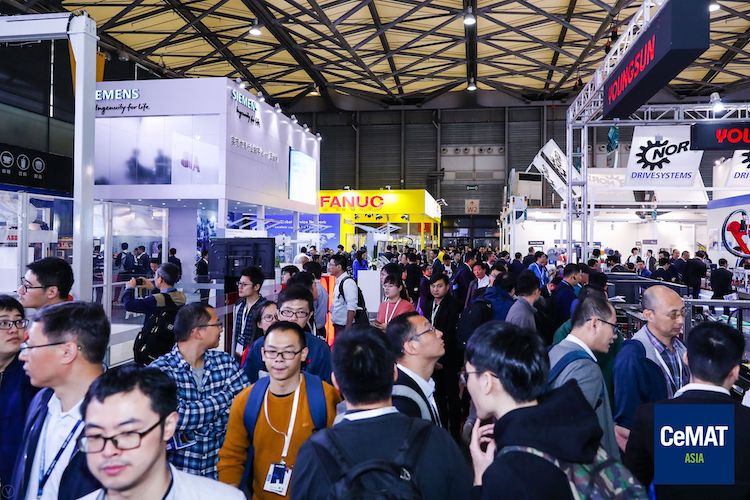 Deutsche Messe, organiser of the annual logistics trade event CeMAT Asia, says it is expecting well over 100,000 attendees this year.

The show is already regarded as Asia’s biggest intralogistics fair, and this year looks set to expand its lead, partly through co-location with Apex Asia as well as the launch of new showcase, Hydrogen & Fuel Cells Asia.

The 20th edition of CeMAT Asia will be staged at the Shanghai New International Expo Center, with a record number of exhibitors – more than 700 – presenting their products and solutions for sustainable and automated logistics systems.

More than 100,000 visitors are expected at this year’s CeMAT Asia – a continuation of the steady increase in attendance over the past few years.

“This year for the first time, the amount of display space will exceed 70,000 square meters, with exhibits again covering the entire spectrum of intralogistics. The focus is on complete logistics systems as well as innovative order picking and warehousing solutions.

“CeMAT Asia is by far the biggest and most important trade fair for intralogistics and automation throughout Asia.”

Apart from the traditional exhibitor groups, major online providers such as JD, Cainiao and Suning will also be represented at CeMAT Asia.

Given the continued growth of online retailing, the significance and impact of these providers is on the rise as they continue to build their own logistics networks.

Alibaba, a leading online provider, has announced plans to invest the equivalent of $14 billion to build its own global logistics network via its logistics arm Cainiao.

The plan is to be able to serve Chinese customers within 24 hours.

For foreign markets, a maximum delivery time of 72 hours is envisioned. Around half of all forums at CeMAT Asia will address the topic of eCommerce, underscoring the enormous logistical challenges faced by this field.

For the second time, Apex Asia will be staged parallel to CeMAT Asia. The trade fair is an offshoot of Apex, which takes place every two years in the Netherlands.

On display will be lifting equipment, aerial work platforms and mobile hoists.

Running concurrently with the fair is the International Rental Conference (IRC), with attendance of more than 600 from around the world, guaranteeing a further heavyweight group of potential renters and buyers at Apex Asia.

China and other Asian regions are among the world’s fastest-growing markets for lifting equipment, aerial work platforms and mobile hoists.

Apex Asia is the leading trade show for this sector throughout Asia, featuring the newest products and solutions. For the first time, exhibitors will have an opportunity to showcase their equipment on the open-air site, allowing them to present large devices that can be used at a height of more than 100 meters.

Apex Asia is organized by the KHL Group and Industrial Promotions International in cooperation with Deutsche Messe.

Some 40 companies from around the globe are expected to attend the premiere of the Hydrogen & Fuel Cells Asia showcase.