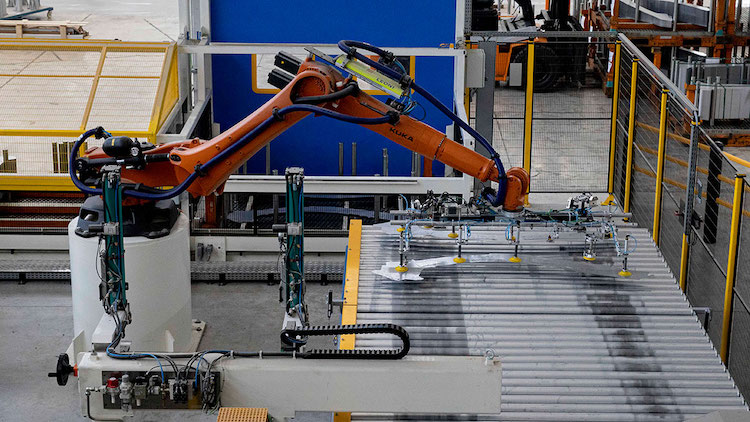 SEAT has invested €57 million in a new metal press and two new hot stamping lines for its factory in Barcelona.

The new PXL press installed in SEAT Barcelona involved an investment of just over €31 million and it will boost the productivity of this metal press compared to the previous ones thanks to greater automation and manufacturing speed, as well as an advanced robot system.

A little over €25 million was also invested in two new hot stamping lines that will also help increase efficiency, speed and precision in the production process.

In addition to this overall €57 million investment, in the past five years SEAT has allocated €6.5 million to improving, renovating and modernising the plant.

Dr Christian Vollmer, SEAT vice-president for production and logistics, says: “SEAT Barcelona is a key factory for our company and these new facilities will enable us to position it as a technologically strategic plant for SEAT and the Volkswagen Group. “The new metal press and the new stamping lines will help us increase our production output a 15 per cent, close to 60 million parts.”

The SEAT factory located in Barcelona’s Zona Franca began operating in 1953 with the production of the brand’s initial models, such as the SEAT 1400 or the 600, the car that put Spain on wheels.

In 1993, vehicle production was shifted to the Martorell factory, and since then, the Barcelona facilities have been producing stamped parts such as doors, roofs, mudguards and crossbars.

The 80 per cent of the parts for the MQB A0 platform and most of the stamped parts on SEAT models are also made in these facilities.

In 2018 alone, more than 52 million parts were made for SEAT, for different Volkswagen Group brands that were exported to 22 factories located in six countries.

SEAT Barcelona stands out for the application of innovative technological processes such as virtual simulation of the PXL press, 3D printing in the maintenance workshop, the automatic changing of spot welds performed by robots in the metal workshop and the automation of logistic flows using automated guided vehicles.