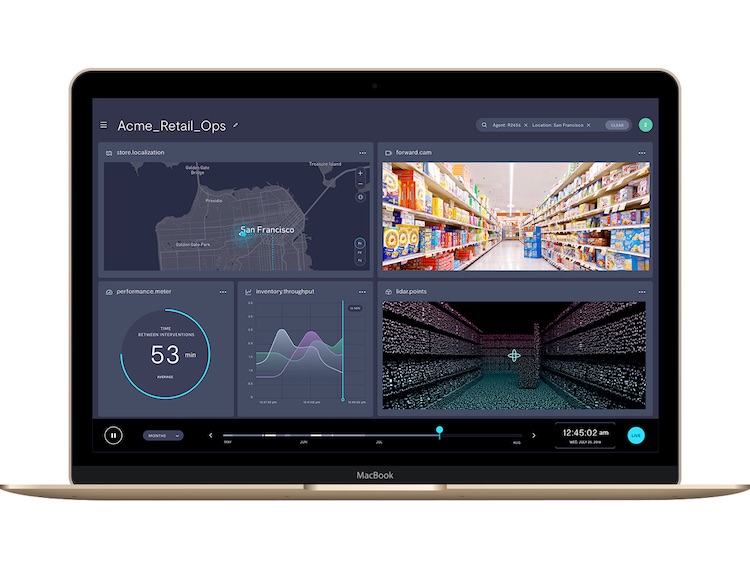 Formant will integrate the startup’s solution to enable customers to remotely control their robots through its browser-based, cloud-enabled robot fleet management system.

According to Formant’s CEO, Jeff Linnell, adding teleoperation to Formant’s offerings will create an end-to-end solution that robots-as-a-service companies can leverage to scale their fleets, enabling them to easily manage thousands of robots.

Formant optimizes data flow from robots to cloud, to third party applications and downstreams apps, all the way through to its own dashboarding product that enables out-of-the box monitoring, alerting and intervention solution – and, later this year, complete remote control.

Linnell, who was previously the director of robotics at X, Google’s Moonshot Factory, says: “We can be there from day one, when a company creates its first robot, all the way to when it has 100,000 robots.

“Many early-stage robotics companies struggle to get past having ten engineers for every robot – our mission is to flip that ratio by allowing one person to manage many robots. Formation’s teleoperation technology will be key to making that happen.”

Formation, founded in 2018 by a small team based out of Pittsburgh, was driven by the growing trend of robotics companies optimizing for semi-autonomy.

James Turnshek, co-founder and CEO of Formation, says: “What you see in the market is that most service companies rely on human intervention to some extent — especially in unstructured environments.

“They need the ability to control every aspect of their robots remotely in real-time in order to make absolutely sure things keep moving and that they’re delivering high quality of service.”

Formant’s target is the rapidly growing RaaS market which is estimated to grow to $40 billion worldwide in the next three years — it also sees more traditional companies approaching robotics for process automation.

Linnell says: “We’re getting to the point where anybody can buy a robot and traditional companies are starting to see that it’s not whether they should embrace robotics but when.

“Formant is positioned to help companies deploy a robot fleet in record time — allowing them to skip building infrastructure and get to market quickly.”

Formation will retain their office in Pittsburgh, giving the Formant a presence in both hotbeds of robotics.