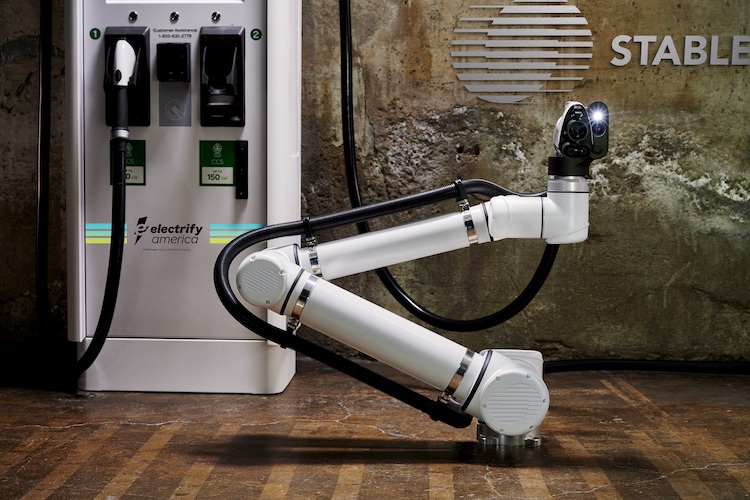 The collaborative robot market will exceed $11 billion by 2030, representing 29 percent of the total industrial robot market, according to ABI Research.

Buoyed by early innovators and adopters, the collaborative robotics market will become increasingly mainstream over the next 10 years.

The new analysis from global tech market advisory firm, ABI Research finds that the yearly revenue for cobot arms will reach $11.8 billion by 2030, an enormous increase from $711 million in 2019.

More than that, the total value of the collaborative market is considerably more, when accounting for software-related revenues and end-of-arm tooling (EOAT) accessories.

Under this broader definition of the market, the cobot ecosystem is worth just over $1 billion in 2019 and will be worth $24 billion by 2030, with annual growth of 28.6 percent.

“The hardware innovation is still trailing behind, and most of the value related to cobots does not come from collaboration.

“It comes through ease-of-use, re-programmability, lower total cost compared to industrial systems, and re-deployability. In essence, the value is one of lowering barriers rather than building entirely new use-cases for robots.

“What is more, cobots still trail industrial systems in speed, performance, and payload, which will have to change if adoption is to continue at this feverish rate.”

Currently, the cobot market as a percentage of the industrial market is very small. In terms of revenue, all revenue from cobot arms is 5 percent of industrial robot hardware, but that will increase to 29 percent by 2030.

This growth is not just related to adoption, but also to the increasing convergence between the two sub-groups.

Through advances in sensors, machine vision, and motion control, industrial robots will increasingly take on the benefits of collaborative systems.

The value prospect for software innovation is strong too, growing from $558 million in 2020 to $10.6 billion in 2030. Most of this value will be attributed to analytics, perception, motion control, and operations-related software.

With 59 percent of global cobot shipments in 2018, Universal Robots is the clear market leader. They have managed to achieve relevance for screw-driving applications in the auto industry, attracting the business of big car manufacturers and component suppliers like Lear and Continental, while also being employed by smaller companies for pick and place and machine tending applications.

Some companies, like manufacturer Jabil, are deploying collaborative robots en masse for their effectiveness as re-deployable and flexible assets in an increasingly fast-changing working environment.

To meet this challenge, the current roster of cobot solutions are not a complete panacea but are an important step in the direction of a leaner and more flexible workstation.

Whitton says: “Collaborative Systems are not revolutionizing the industry so much as being the catalyst for a leaner and more flexible industrial robotic solution that opens the field up to small and medium manufacturers.

“As the demands of customization and high-mix, low-volume manufacturing present managers with new challenges, this technological development will be crucial in transitioning to a more adaptable solution.”