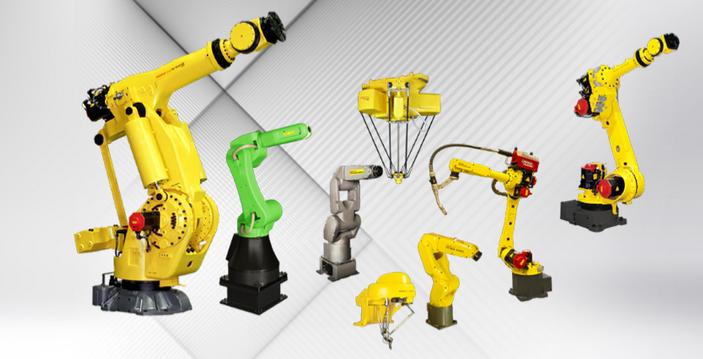 It will show the Fanuc CR-15iA collaborative robot, which uses iRVision to locate a part and then loads it into a chuck to simulate machining. The robot unloads the part and the cycle repeats.

Fanuc’s CR-7iA collaborative robot will demonstrate a variety of pre-programmed movements. Visitors will be able to use the hand-guidance mode, which allows them to instruct the robot to perform different movements and record paths.

In addition, the Hand Guidance feature allows operators to teach a collaborative robot by leading it through paths at the press of a button and/or use it to lift heavy objects manually.

The company’s six cobot models can work safely alongside people in a variety of industrial/manufacturing jobs including machine tending, dispensing, inspection, kitting, palletizing, e-commerce, and more.

A Fanuc SR-3iA Scara robot will use iRVision circular tracking to pick fuses from a moving circular disc and place them on an outfeed conveyor. Circular tracking allows a compact system layout and minimises product damage by eliminating unnecessary handling.