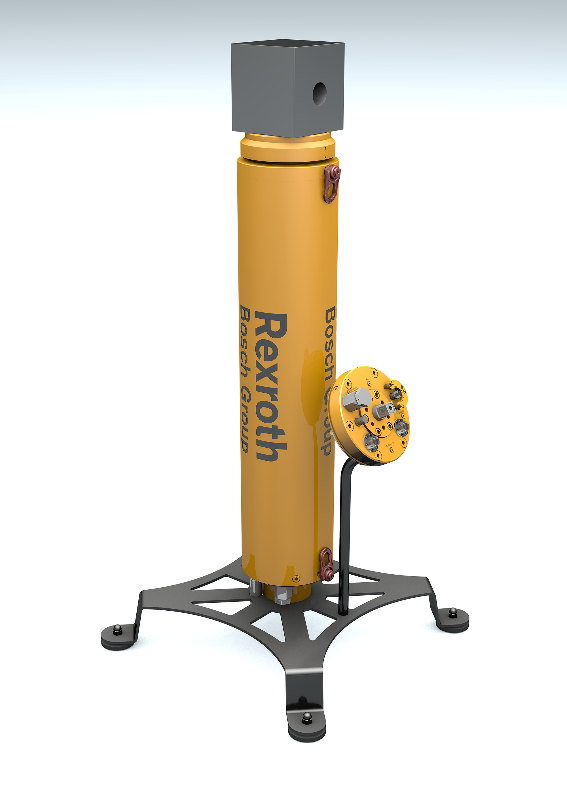 Launched less than a year ago, Bosch Rexroth’s innovative Subsea Valve Actuator (SVA) – an entirely new concept for underwater actuators which offers SIL3 safety levels and up to 75 per cent lower energy consumption – has been granted a Mechanical Engineering Design Award.

The SVA was developed to help address some of the challenges and shortcomings associated with either purely electromechanical or electrohydraulic actuator technology used on the sea floor for oil and gas exploration and production systems.

Until now, underwater actuators required large, central hydraulic power units above water. Designed to supply the actuators with fluid, the fluid-lines themselves can be miles long.

As well as added complexity and expense, the long lines and couplers have the potential to leak fluid into the sea.

Purely electro-mechanical solutions, on the other hand, have safety-related disadvantages because they do not allow mechanical intervention for adjustment from outside.

As a result of friction, mechanical wear occurs on the force-transmitting system, making it difficult for the systems to achieve their expected 25-year operating time without maintenance.

The SVA provides an energy-efficient, safe alternative to the actuators previously used in offshore oil and gas production. SVAs are autonomous assemblies with their own fluid circuit and a variable-speed pump drive.

As a result, there is no need for a central power unit and fluid lines many kilometres long. The SVAs merely require a power supply and data line. A displacement control system adjusts the flow virtually loss-free based on the speed.

This simplifies the design and significantly increases energy efficiency: compared to purely electro-mechanical actuators, SVAs require up to 75 per cent less electricity at peak loads.

The integrated cylinder opens and closes drilling valves on the seabed. A safety valve with a mechanical spring ensures that the cylinder can close the drilling valve reliably without an external energy supply even if the power supply fails.

Furthermore, the cylinder can be operated from outside by an underwater robot via a spindle. All components in the drivetrain have a doubly redundant design. As a result, the solution offers several levels of safety.

Compatible with Industry 4.0 technology, the built-in sensor system continually records operating states within the actuator – including position, temperature and pressure – and forwards the data to the higher-level control system.

This control system is able to evaluate trends and can detect and rectify deviations from the normal operating state early on – reducing the likelihood of downtime and enabling predictive maintenance to be scheduled where necessary.

Dr Alexandre Orth, manager of marine and subsea technologies at Rexroth, says: “The SVA has the advantages of both electromechanical and electrohydraulic actuation: It provides the power density of hydraulic actuation for large gate valves with a simpler electric interface that eliminates the need for hydraulic umbilicals.“

A unique undersea system, the SVA offers distinct advantages to the user and the environment. Providing a safer, cleaner, more efficient and modular solution for subsea valve activation, the SVA has already attracted international attention.

In May 2019, the SVA received the Award of Merit as one of five finalists in the 2019 Woelfel Best Mechanical Engineering Achievement Award. The award was presented at the Offshore Technology Conference in May 2019 by the American Society of Mechanical Engineers.