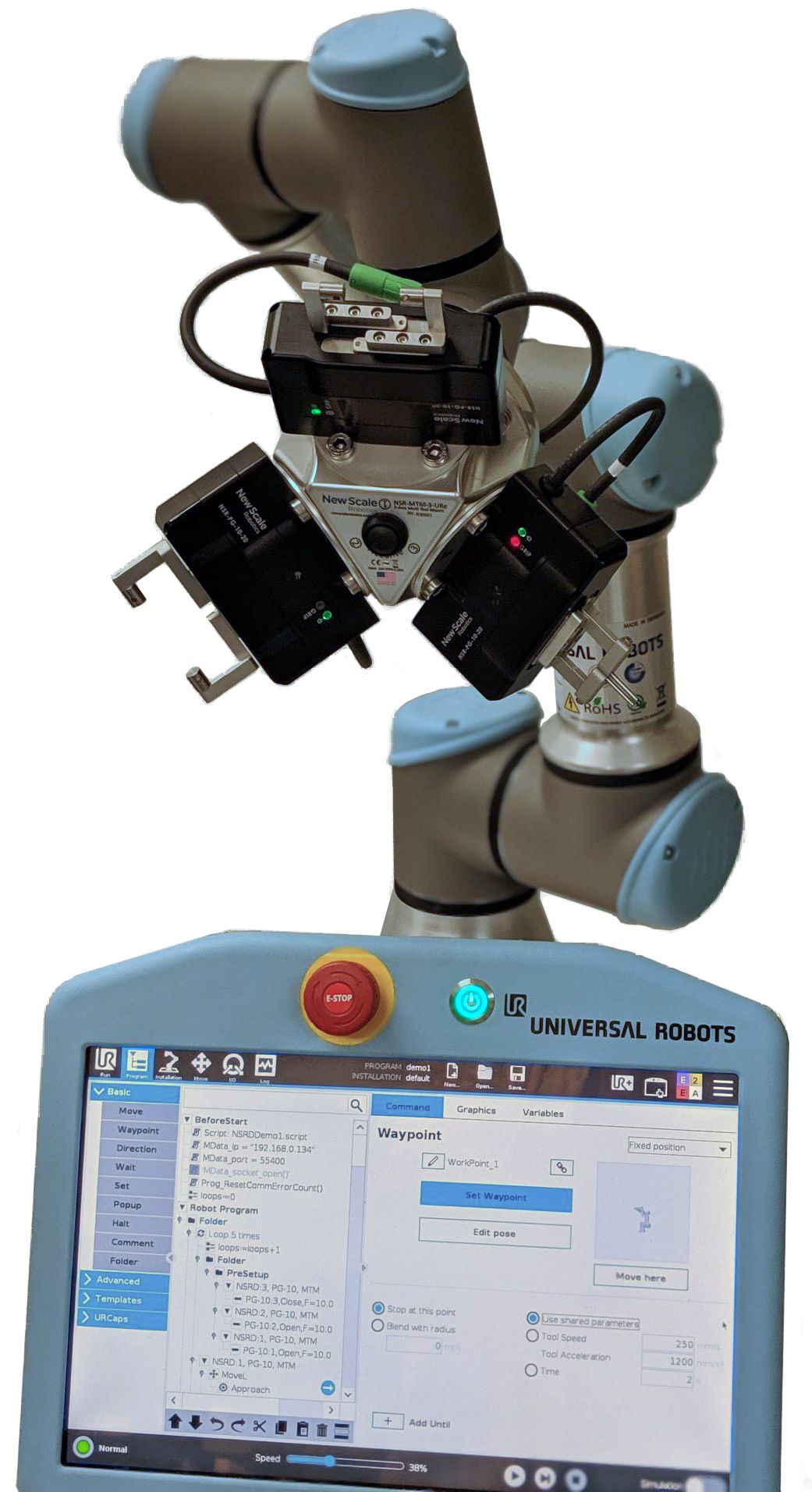 New Scale Robotics has launched what it says is “the first multi-tool mounting system for the smallest collaborative robots”.

The new NSR-MTM-3-URe Multi-Tool Mount (NSR-MTM) System allows users to mount and control up to three grippers or other tools on one Universal Robots (UR) e-Series cobot.

The NSR-MTM System allows users to quickly set up and perform multiple processes with one robot. Benefits include:

The NSR-MTM System includes both hardware and software. With low mass and small size, the hardware is compatible with UR’s smallest UR3e cobot.

The software enables fast setup and easy programming of up to three devices in one user interface on the UR teach pendant.

NSR Devices Software is a new URCaps plugin for UR e-Series robots. Users can quickly add multiple tools to the single user interface, build tool processes with a few clicks, and run complex automation or inline inspection programs with ease.

Other smart features include dynamic adjustment of tool center of gravity depending on mass of object picked.

The MTM hardware mounts to the UR robot tool flange with four screws and one connector to the internal tool port. Up to three tools are mounted on the MTM faces using the standard ISO 9409-1-50-4-M6 interfaces and M8 round connector.

Used with the small and precise grippers from New Scale Robotics, the NSR-MTM System allows increased productivity from multiple tools while still fitting in the tightest spaces.