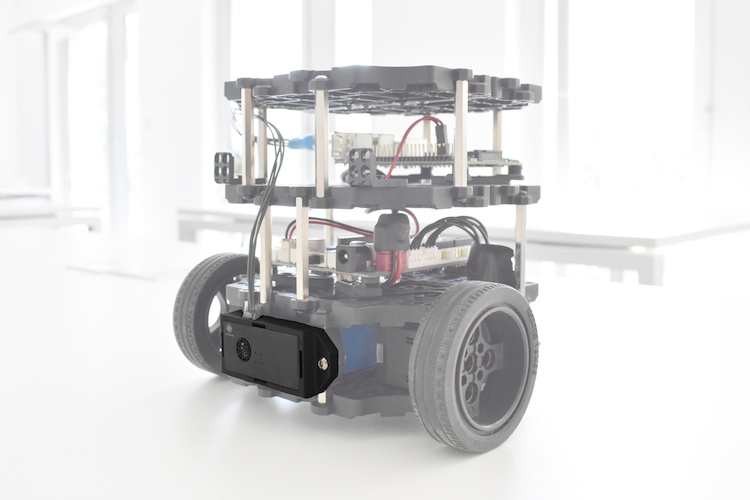 Toposens has launched what it describes as its “current flag-ship product”, the TS3, a 3D ultrasonic sensor.

The company says the TS3 us suitable for a wide range of applications in the autonomous systems market that require a strong need for reliable object detection and situational awareness.

In comparison to common ultrasonic sensors, which usually measure the distance only to the closest reflecting surface, Toposens’ new 3D sensors achieve “a wide field of view of up to 160° and provide simultaneous 3D measurements for multiple objects within the scanning area”, says the company.

The operation thus mimics the echolocation techniques used by bats and dolphins for navigation and orientation in the wild.

Systems benefit from its real-time processing capabilities while keeping data transmission bandwidth and power consumption low, which is especially important for battery-powered robots.

Exemplary use cases include home cleaning robots and delivery/service robots. The TS3 sensor enables them to reliably map an environment with minimal processing power and to localize themselves in predefined maps to execute complex path planning algorithms.

TS3 sensors perform independently of ambient light conditions and are even capable of detecting mirroring and transparent surfaces; adding an additional layer of safety where optical sensors tend to fail.

For even higher reliability the generated 3D point cloud can easily be fused with data from other system-relevant sensors.

The new TS3 sensor is an embedded sensor system that sends out ultrasound waves in a frequency range inaudible by humans. An array of microphones subsequently records the echoes from all objects in the sensor’s vicinity and computes their location in a 3-dimensional space.

It, therefore, creates an entirely new way of ultrasonic sensing for autonomous systems.

“Engineers can easily add it to their sensor stacks to replace or complement their existing optical sensing systems, providing both redundancy and an improved level of accuracy compared to standard ultrasonic sensors in various autonomous navigation applications.”

The core technology is based on the Toposens’ SoundVision1 chip making the sensor system easily adaptable to a variety of product designs.

This qualifies the TS3 as the perfect technology platform for developing next-level mass-market vehicles in robotic and even automotive use cases like automated parking and next-level ADAS functionality.

Technical specifications include a detection range of up to 5 meters and a scan rate of approximately 28 Hz.

The TS3 returns up to 200 points per second with each 3D point corresponding to the cartesian coordinates and an additional volume measurement of the ultrasound wave’s echo returned by an object’s surface.

Along with the TS3 sensor, Toposens offers a feature rich toolkit for the Robotics Operating System (ROS) middleware making the sensor easy to integrate into preexisting systems and enabling fast prototyping for high-level navigation capabilities.

The team is currently working on adding advanced decision-making algorithms to their software and complimentary tutorial stack.