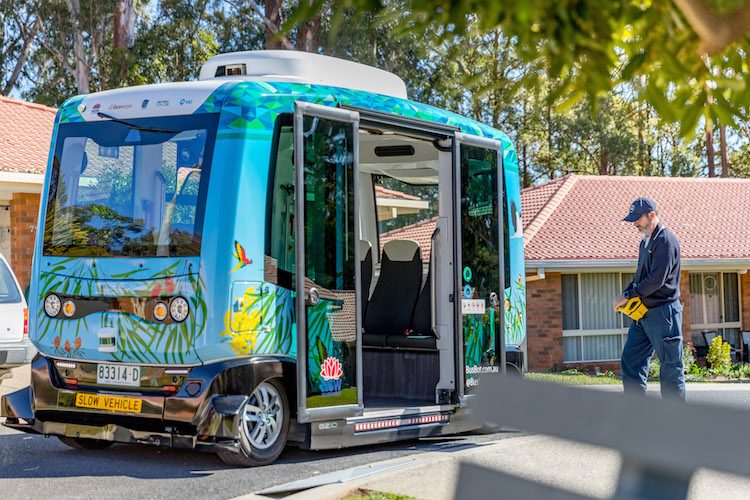 Via, a developer of on-demand shared mobility solutions, has launched what it claims is the “first public autonomous vehicle service in the world”.

The deployment will serve an entire community of seniors in need of a public transit solution, offering some unique benefits beyond a driverless vehicle.

Using the BusBot app – available on iOS and Android – users will be able to hail the autonomous BusBot directly from their smartphone. Via’s advanced algorithms will enable multiple riders to seamlessly share the driverless vehicle.

The powerful technology will direct passengers to a nearby virtual bus stop for pick up and drop off, and dynamically task the driverless vehicle to stops in real-time, allowing for quick and efficient shared trips without lengthy detours, or inconvenient fixed routes and schedules.

The service marks a milestone for Via’s efforts in autonomous mobility. Autonomous vehicle technology is maturing, and Via is building and deploying solutions that will enable autonomous vehicles to function in real-world situations as part of optimized, shared transportation systems, such as the BusBot deployment.

Daniel Ramot, co-founder and CEO of Via, says: “If autonomous vehicles are to reach their full potential for providing low-cost, efficient rides, they need to be shared by multiple passengers.

“Via’s sophisticated systems are able to power, in real-time, the movement of millions of connected autonomous shuttles and their passengers, and we’re delighted to be working with BusBot to launch this groundbreaking service.”

Via has provided more than 50 million dynamically-routed rides around the globe, and has applied this experience in shared mobility to autonomous vehicles.

Along with acting as a city-wide network of on-demand, shared vehicles, Via also solves common public transportation challenges, such as filling first-and last-mile transit gaps and acting as a bridge to major trunk services like high-frequency bus or rail lines.

The deployment in Marian Grove began on April 8, 2019 and marks the second phase of BusBot’s pilot program, with plans to operate in the community for 22 weeks, giving Via and its partners time to test increasingly advanced autonomous vehicle elements. Service for riders will be free during the pilot program.

Via says it has been contacted by cities and transit authorities in the United States and around the world to “help re-engineer public transit from a regulated system of rigid routes and schedules to a fully dynamic, on-demand network”.

Via now has more than 70 launched and pending deployments in more than 15 countries. Via most recently demonstrated its autonomous vehicle solutions at CES in 2019.