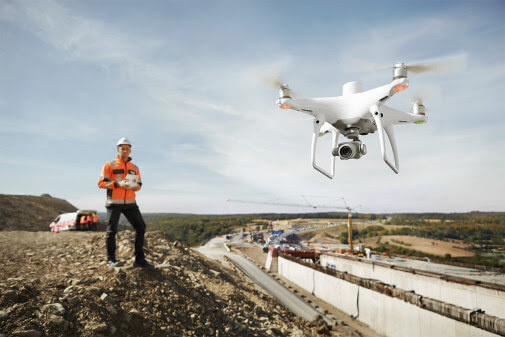 Ubuntu, the most popular Linux operating system for the Internet of Things, is now available on the Manifold 2, a high-performance embedded computer offered by drone manufacturer, DJI.

The Manifold 2 is designed to fit onto DJI’s drone platforms via the onboard SDK and enables developers to transform aerial platforms into truly smarter drones, performing complex computing tasks and advanced image processing, which in-turn creates rapid flexibility for enterprise usage.

As part of the offering, the Manifold 2 is planning to feature snaps. Snaps are containerised software packages, designed to work perfectly across cloud, desktop, and IoT devices – with this the first instance of the technology’s availability on drones.

The ability to add multiple snaps means a drone’s functionality can be altered, updated, and expanded over time. Depending on the desired use case, enterprises can ensure the form a drone is shipped in does not represent its final iteration or future worth.

Snaps also feature enhanced security and greater flexibility for developers. Drones can receive automatic updates in the field, which will become vital as enterprises begin to deploy large-scale fleets.

Snaps also support roll back functionality in the event of failure, meaning developers can innovate with more confidence across this growing field.

Designed for developers, having the Manifold 2 pre-installed with Ubuntu means support for Linux, CUDA, OpenCV, and ROS.

It is ideal for the research and development of professional applications, and can access flight data and perform intelligent control and data analysis.

It can be easily mounted to the expansion bay of DJI’s Matrice 100, Matrice 200 Series V2 and Matrice 600, and is also compatible with the A3 and N3 flight controller.

DJI has now counted at least 230 people have been rescued with the help of a drone since 2013. As well as being used by emergency services, drones are helping to protect lives by eradicating the dangerous elements of certain occupations.

Apellix is one such example; supplying drones which run on Ubuntu to alleviate the need for humans to be at the forefront of work in elevated, hazardous environments, such as aircraft carriers and oil rigs.