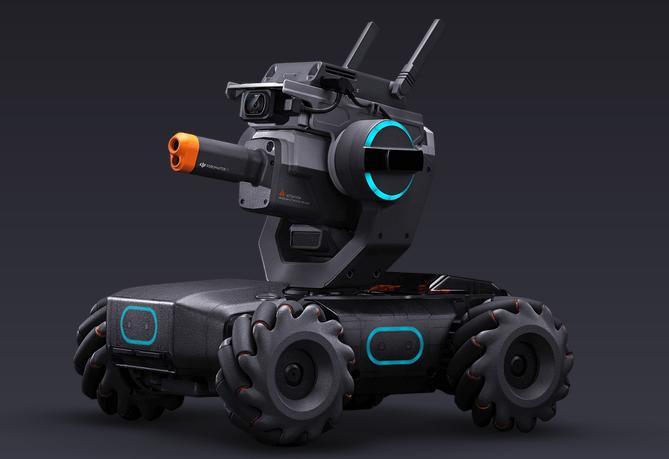 DJI, a leader in civilian drones and aerial imaging technology, has taken a step into educational technology by launching the RoboMaster S1, the company’s first ground-based robot.

The S1 was built to introduce new users to the fun and possibilities of robotic technology, with brushless motors, a chassis that can move in all directions, a high-precision gimbal, and interactive modes for programming, play, and competition.

S1 users can assemble designated and custom hardware, learning to manoeuvre the rover, programming with Python or Scratch and competing with friends in multiple modes.

Frank Wang, DJI’s Founder & CEO, said: “We developed the RoboMaster S1 with the next generation of innovators in mind, making robotics and programming not just more accessible but also an entertaining and academic experience.”

The S1, short for Step 1, is a highly advanced rover designed to give new users an easy introduction to AI, engineering, and robotics.

It is equipped with 31 sensors to help map the world around it, including six on its intelligent body armour, which are used to detect hits.

Atop the frame is a first-person view (FPV) camera that sends a stabilised live feed from the S1 to the RoboMaster app.

It also features a specialised mechanical gimbal with an infrared and gel bead Blaster, which automatically limits launching rate and angle to help ensure safety.

Using the FPV camera and machine vision technology, the S1 can identify different objects automatically, recognise and respond to sounds, and receive signals from other S1 units.

The central processing unit and industrial-grade CAN-bus cable enable it to process large amounts of data, maintaining a stable transmission signal even while performing multiple tasks.

Along with its custom brushless motor, the S1 has four Mecanum wheels, most commonly found on competitive robots, each with 12 rollers that allow omnidirectional movement and precision control while operating.