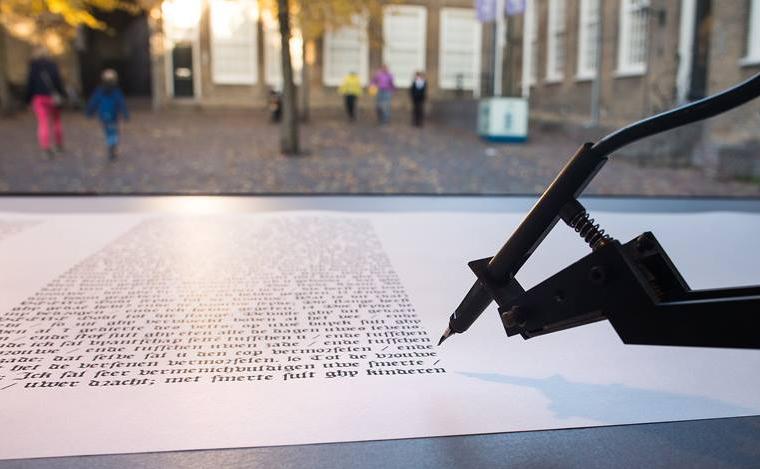 To carry this out, it has been equipped with a specially developed spring-tension pen holder with an integrated calligraphy fountain pen connected to an external ink system which ensures a continuous supply of ink and uninterrupted writing.

The Bible text is loaded onto the controller in the form of special, computer-generated files. The writing style used by the  robot is a calligraphy font developed especially for this project that was also specially generated and integrated into the controller software.

The robot will write several scrolls, each with a length of 200 metres, over nine months.

The project is part of the 400th anniversary of the Synod of Dordrecht. Dordrecht was the site of an important assembly from 1618 to 1619 during the Reformation in the Netherlands.

At that time, the decision was taken to translate the Bible from Greek into Dutch. The work of transcription, at that time, was carried out by monks. Now, 400 years later, a robot is carry out this monotonous and highly detailed work.