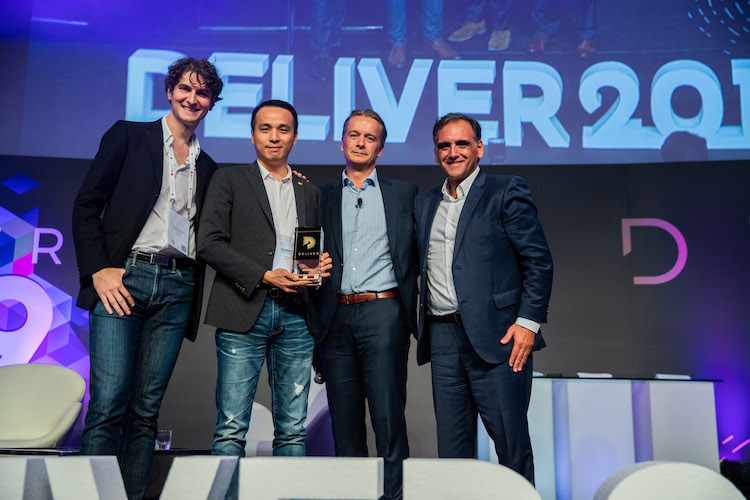 Geek Plus Robotics has won an award at the Deliver e-logistics event, which this year took place in Lisbon, Portugal.

The warehouse robotics and automation specialist was awarded the “Rising Star” prize in recognition of its spectacular growth since the company was founded four years ago, and especially for its progress in the past couple of years.

Geek Plus says it is particularly pleased with this award because it was voted for by retailers. “We believe that this award would further encourage us to the next level and provide more efficient solutions to the logistics industry,” said a spokesperson for the company.

Geek Plus started its business with the manufacturing of the wheeled robotic platform that is becoming increasingly commonplace in warehouses around the world, but it has expanded its product line to include:

More products are in development, including one which may see Geek Plus venture out of the warehouse space, into the street, for the first time.

Geek Plus is probably the largest supplier of autonomous mobile robots in the world at the moment, having already sold more than 7,000 units.

The company has raised more than $150 million in venture capital and is looking to expand overseas and into new markets.