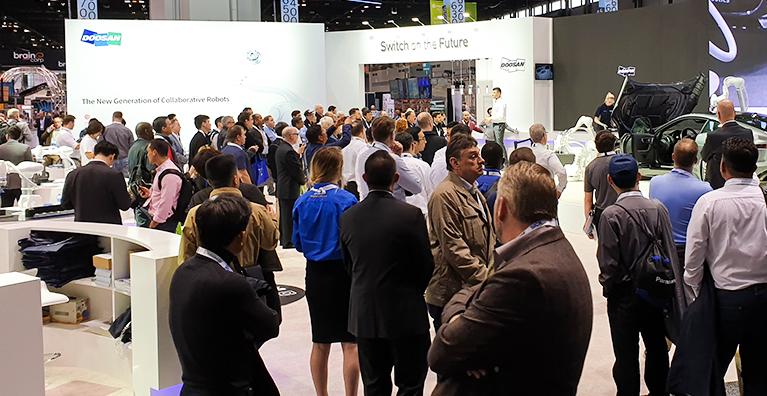 Doosan cobots have a track record in several markets worldwide including Germany, France and China, with capabilities such as a working radius of 900 to 1,700 millimetres and a load capacity of 6 to 15 kilograms.

The company gave a demonstration of six cobots collaborating with two human workers to execute fine motor activities on an auto assembly line.

The six cobots conducted nine different applications such as inspection, assembly, placement of parts and more,  underlining the fact that cobots can be used in almost any production process.

During Automate 2019, RG Industries signed a dealership agreement with Doosan Robotics to be their first distributor in the North American market.