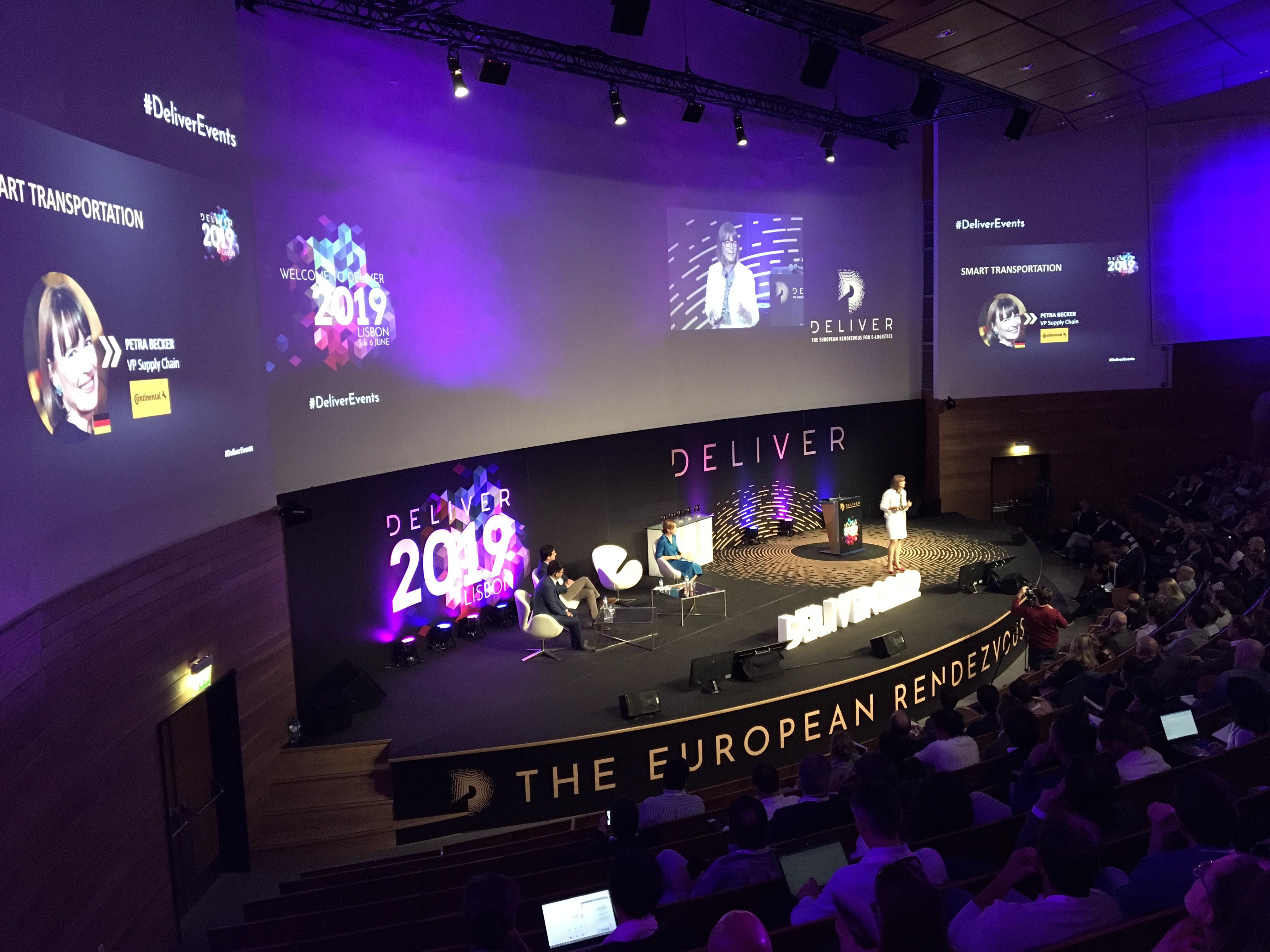 The second and final day of the Deliver event has seen sponsors and attendees ask each other many questions about the future of e-commerce, or rather “e-logistics”.

And some of the most crucial questions concern the critical last mile of the journey a product makes before it reaches the customer’s door.

The answers appear to be many and varied, and involve new hardware and software, but there does seem to be a general feeling of consensus, even if the details of the technologies underpinning that consensus is yet to be fully articulated, let alone realised.

The term “e-logistics” is being used at Deliver to indicate a new type of type, or range, of logistics activities, one which, arguably, puts robotics and automation at its centre.

Most people connected with the logistics and supply chain sector will have noticed how e-commerce has made the process of delivering goods to the customer much faster than ever before.

But there remain what might be called “bottlenecks”, points at which the supply chain slows down or becomes expensive.

The two bottlenecks most often discussed are probably:

The first bottleneck was mentioned in our article yesterday, and not much can be added. Research into developing robotic arms with good enough machine vision and artificial intelligence to replace the human picker is still ongoing. But it’s likely to be a long while before the human is displaced.

The second bottleneck – last-mile delivery – was discussed extensively on the second day of Deliver, at several workshops, most notably in one called “Smart Transportation”, in which there were several notable speakers from interesting companies.

Becker made a point of asking the audience what their perceptions of Continental were, and most of them probably associate the company with manufacturing tyres, which is what it mainly does.

But in the past couple of years, Continental has also been experimenting with autonomous driving systems, both hardware and software, in an effort to develop solutions for that tricky and expensive last mile, from the warehouse to the customer’s address.

All of the speakers, and probably the majority of the audience, was of the opinion that the last-mile problem will eventually be resolved. It needs to be because that last mile is expensive for logistics companies and their customers, the retailers or e-commerce companies.

A similar set of points were made in a workshop held on the previous day at Deliver, hosted by Bring Global, which claims it is “reshaping the last mile with new business models and technologies”.

Bring Global is essentially a software company that provides a vehicle fleet management app which optimises delivery routes and timetables, as well as methods of transit, in order make the last mile of the product’s journey as cost-effective as possible.

In an electronic survey conducted in the workshop, 85 of the 100 or so audience members voted to express their view that current last-mile delivery business models are “not sustainable at scale”.

But it’s difficult to see how any significant additional efficiencies and productivity can be achieved using current technologies – human-operated vans, trucks, bikes and so on.

What many people appear to be interested in exploring is the possibility of using autonomous, self-driving vehicles, including the small delivery robots that travel on pavements.

Robotics and Automation News made a list of the top 20 delivery robots a while back, and highlighted a report which forecasts that the delivery robots market will grow from $11.9 billion in 2018 to $34 billion by 2024, at an annual growth rate of 19.15 percent.

One of the companies which manufacture delivery robots, Zhen Robotics, was represented at one of the panel discussions, as mentioned above.

Another maker of delivery robots, Neolix (pictured below), took part in a panel discussion entitled “New Retail & Cashierless Stores”, the final workshop at the Deliver event. And while companies which manufacture delivery robots are emerging, existing makers of similar robots are looking at the opportunities being created by this entirely new market.

Geek Plus Robotics, for example, is said to be evaluating the possibility of developing a delivery robot to add its product range.

The company added driverless forklift trucks to its warehouse robotics range not too long ago, so it’s quite possible that it will build a delivery robot.

And while you might think Geek Plus might be encroaching on a market that others are pioneering, Zhen Robotics’ range also includes an autonomous mobile robot for the warehouse.

In other words, the two types of vehicles are similar enough for the same company to develop them if it has the resources.

However, it’s difficult to say at this stage whether the last mile will be made more efficient. Who knows? Maybe the current level of optimisation – with humans operating the vehicles and making the deliveries – is highest possible to achieve.

We’ll find out if that’s true because it’s inevitable that delivery robots will become a common feature of many cities around the world.