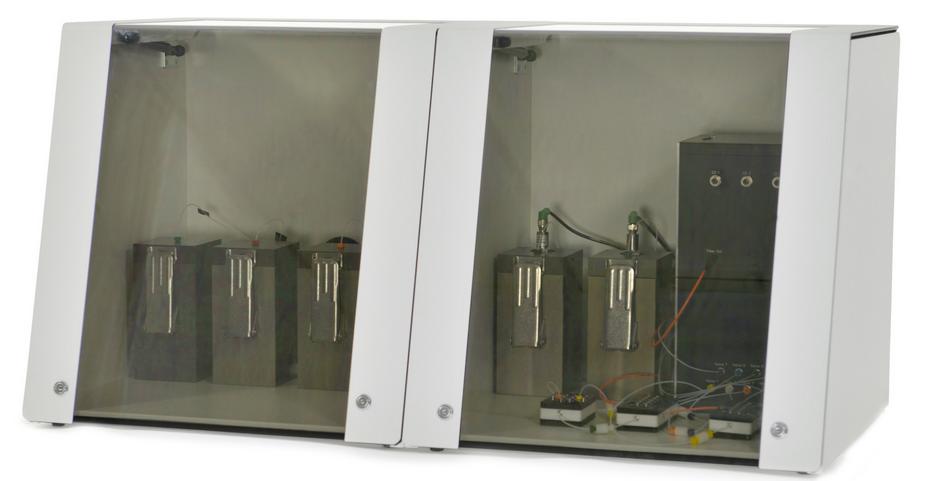 Efficient Robotics GmbH has announced the commercialisation of its Nano-Titer-Pipe (NTP) Screening Workstation for screening millions of biomolecules and cells in hours and days, as opposed to conventional technologies that takes weeks and even months.

The microfluidic platform  revolutionises the process of ultra-high throughput screening for the optimisation of enzymes, antibodies, proteins, microbial strains and mammalian cells, says the company.

The NTP Screening Workstation is said to be faster and more cost-effective than conventional technologies based on conventional “robotic arm” screening technology.

“After 15 years of dedicated development efforts, the biotechnology industry now has a commercial microfluidic technology which can process, in a serial manner, millions of droplets per day,” stated Dr. Marc Koltermann, President of Efficient Robotics GmbH.

This includes droplet inoculation and precise incubation, assay addition and incubation as well as sensitive detection and selection.

“The NTP Screening Workstation can be started by everybody in the lab with one click and delivers in a fully automated manner hits from millions of samples with the highest precision,” added Koltermann.

Efficient Robotics GmbH has global biochemistry markets under commercial evaluation, however the company has experienced significant commercial interest coming from the biotechnology sector in the European Union and the United States.