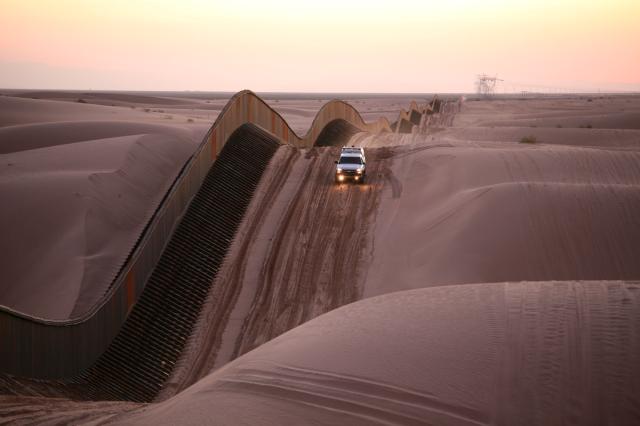 Trump said today on Twitter: “On June 10th, the United States will impose a 5% Tariff on all goods coming into our Country from Mexico, until such time as illegal migrants coming through Mexico, and into our Country, STOP. The Tariff will gradually increase until the Illegal Immigration problem is remedied, at which time the Tariffs will be removed. Details from the White House to follow.”

According to CNN, Trump’s Twitter announcement has caused US stock futures and global markets to sink. Citing the Office of the US Trade Representative, the news channel also added more detail to Trump’s plan.

As Trump has said, the tariffs are intended to push Mexico to stop the illegal migrants crossing the border into the US. He is also looking into building a wall along the border between the two countries.

However, what Trump did not add in this instance is that he has never been in favour of the North American Free Trade Agreement, or Nafta, under which the US, Mexico and Canada operate virtually borderless trade.

Trump is not a big fan of multilateral free trade agreements, and one of the first things he did when he came to office was to take the US out of the TPP, or the Trans-Pacific Partnership, in which China and many other Asia-Pacific countries are members.

The US is yet to formally leave many of the organisations that perhaps Trump would like it to leave, but he has already shown how an indirect suggestion can lead to direct consequences on some companies.

For example, Huawei is not named in a recent executive order issued by Trump, in which he said some companies were spying on the US, but the Chinese telecommunications equipment provider has effectively been shunned by US companies and by many other companies in other parts of the world.

For Mexico, the tariffs could seriously affect its exports to the US, its biggest trading partner, certainly when it comes to manufactured goods, such as cars and clothes.

The Financial Times is reporting that Mexico President Andrés Manuel López Obrador called for “prudence and responsibility” in its response to Trump’s tariff threat, adding that the country’s foreign minister will be in the US today to “reach an agreement that benefits both countries”.