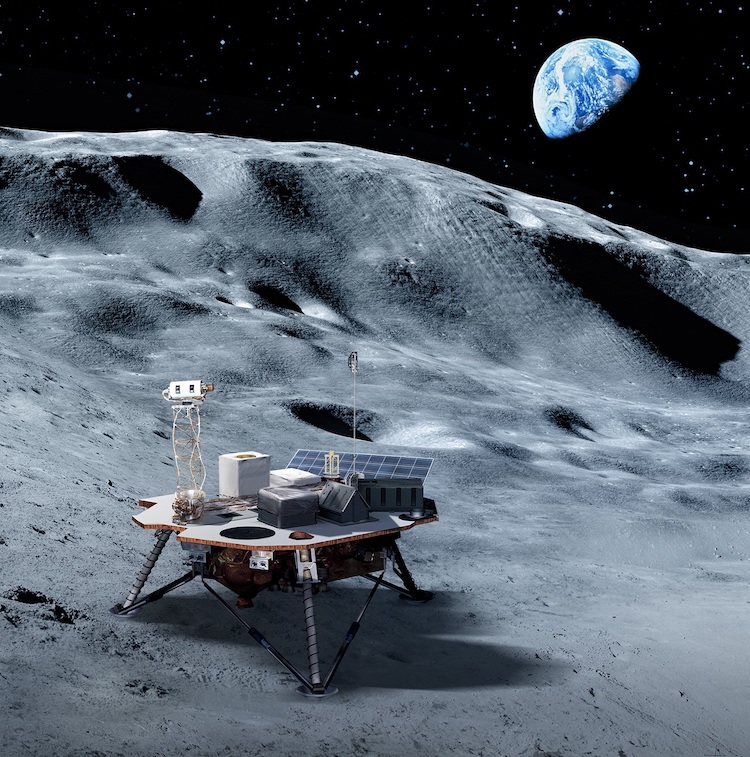 Jim Bridenstine, NASA administrator, says: “Our selection of these US commercial landing service providers represents America’s return to the Moon’s surface for the first time in decades, and it’s a huge step forward for our Artemis lunar exploration plans.

“Next year, our initial science and technology research will be on the lunar surface, which will help support sending the first woman and the next man to the Moon in five years. Investing in these commercial landing services also is another strong step to build a commercial space economy beyond low-Earth orbit.”

As part of their submissions, each partner proposed flying specific NASA instruments to the lunar surface. By the end of the summer, NASA will determine which payloads will fly on each flight.

The potential payloads include instruments that will conduct new lunar science, pinpoint lander position, measure the lunar radiation environment, assess how lander and astronaut activity affects the Moon, and assist with navigation precision, among other capabilities. Thomas Zurbuchen, associate administrator of NASA’s Science Mission Directorate in Washington, says: “These landers are just the beginning of exciting commercial partnerships that will bring us closer to solving the many scientific mysteries of our Moon, our solar system, and beyond.

“What we learn will not only change our view of the universe, but also prepare our human missions to the Moon and eventually Mars.”

Each partner is providing end-to-end commercial payload delivery services to NASA, including payload integration and operations, launch from Earth and landing on the surface of the Moon.

These early missions will enable important technology demonstrations that will inform the development of future landers and other exploration systems needed for humans to return to the lunar surface. They also will help prepare the agency to send astronauts to explore Mars.

“NASA is committed to working with industry to enable the next round of lunar exploration. The companies we have selected represent a diverse community of exciting small American companies, each with their own unique, innovative approach to getting to the Moon.

“We look forward to working with them to have our payloads delivered and opening the door for returning humans to the Moon.”

As additional science, technology demonstration, and human exploration requirements for payloads develop, a request for task order bids will go to all current CLPS contractors.

All nine companies initially selected in November 2018 for CLPS will be eligible to bid on subsequent task orders.

Charged with returning astronauts to the Moon within five years, NASA’s Artemis lunar exploration plans are based on a two-phase approach: the first is focused on speed – landing astronauts on the Moon by 2024 – while the second will establish a sustained human presence on and around the Moon by 2028.

NASA says it will use what it learns on the Moon to prepare to send astronauts to Mars.