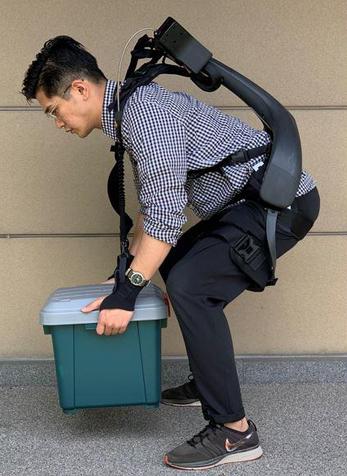 Atoun Inc. is beginning a work-site trial of Powered Wear with arm support function at the end of May, 2019.

The prototype to be tested is the Powered Wear “Atoun Model Y” for the waist-attached arms support part.

The concept for the arms support function was developed by Hiromichi Fujimoto, the founder and President of Atoun, prior to establishing the company and was desired by many of the present users of Powered Wear.

However, many topics needed to be considered for flexible use under various conditions, and development needed to be approached cautiously and creatively, including the selective use of the arms and waist (assuming that the arms support part would be attached to the existing waist support).

As a result, the company achieved a certain level of quality in the functional aspect, so the next phase is  demonstration experiments.

Atoun plans to further test the functional aspect through demonstration experiments and engage in investigating and verifying specifications.

At the same time, since a variety of work site data is required, Atoun is searching for trial partner companies to conduct demonstration experiments and custom development while working to resolve issues on its own production floor.