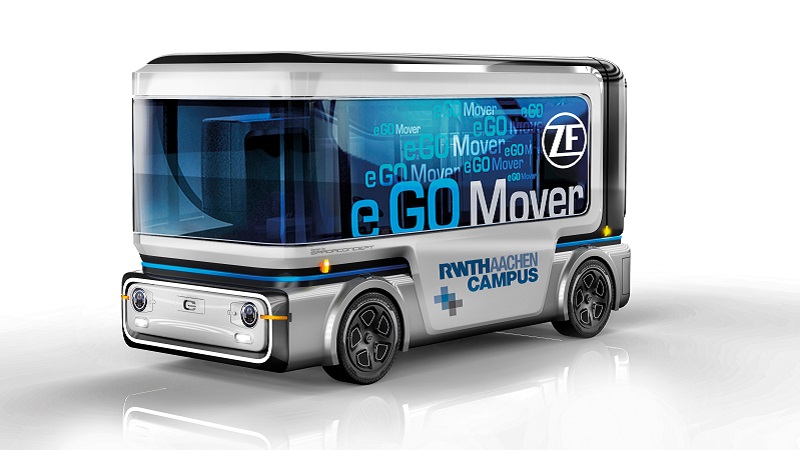 Proton Motor says it is planning to install a new robot to accelerate the manufacturing of fuel cell units intended for use in road vehicles and other technologies.

Germany-based Proton Motor Fuel Cell is a designer, developer and producer of fuel cells and fuel cell electric hybrid systems with a “zero carbon footprint”. Its technology is used in the e.Go, an autonomous electric vehicle (main picture).

The decision to invest in robotics comes after the “recent conclusion of cooperation and partnership agreements and clear signs that the industry demand for hydrogen fuel cells is rapidly increasing”, says the company.

Proton has taken delivery of a stack manufacturing robot which will allow it to “increase the production capacity to 5,000 fuel cell units per annum”. Proton says the manufacturing robot represents a “milestone in more than 20 years of company history”.

The decision is the result of the project Fit for Automatic Manufacturing and Assembly, or “Fit-4-AMandA”, which was financed by the European Fuel Cells and Hydrogen Joint Undertaking agency.

Proton Motor was one of five professional bodies that took part in the development and rigorous testing program in order to perfect performance and manufacturing capacity of the robot.

In order to meet the further increasing demand in the coming years, the fuel cell specialist has worked with the robot manufacturer to develop further production capacity.

By slightly changing the layout of the machine, the capacity can be increased up to 30,000 stack units per annum. Proton Motor Fuel Cell would like to assure all its supporters and those believing in its zero CO2 footprint

Proton Motor’s chairman Helmut Gierse, says: “We are delighted with this important development in the company´s progress as it contributes greatly to manufacturing ability and puts Proton Motor in a commanding position to receive larger quantity orders before the end of 2020.”

The company is ready and able with its “Gen4” stack module and the modular, standardized fuel cell to cope with the expected demand in this “partially world-saving industry”.

This contribution to the industry will serve mobile applications – buses, trucks and so on, as well as stationary applications, such as power generation, standby and continuous power, and maritime – yachts and ships.