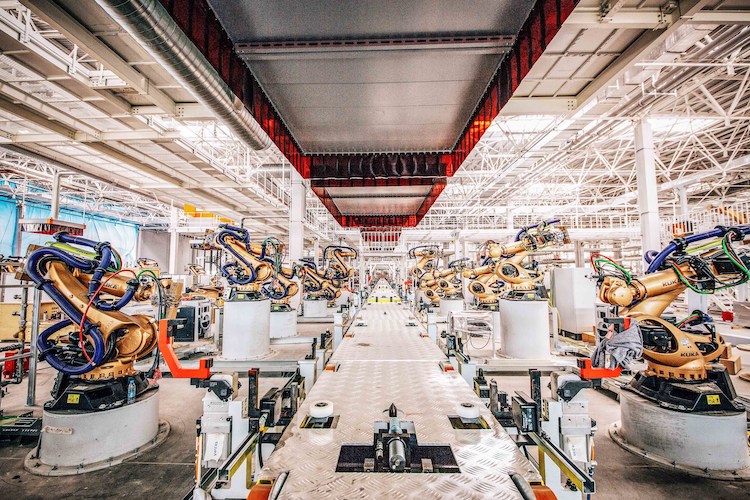 The stamping shop completes one panel every three seconds on average. It will be one of the fastest stamping production lines in China.

The paint shop uses cutting-edge painting technologies such as the transverse Eco-Incure oven technology – a first in China.

“Our plant in Nanjing leverages the world’s best equipment and production processes, and follows the highest standards in safety and environmentally responsible production, together which allows us to deliver on our promise of quality,” said Dr. Daniel Kirchert, CEO and Co-Founder of Byton.

“As we move toward the start of series production of our first car at the end of this year, our dream of reshaping the future mobility will soon become a reality.”

The Byton M-Byte is scheduled to debut in Q3 2019. The company will begin selling China by the end of this year, followed by the U.S. and Europe in 2020.