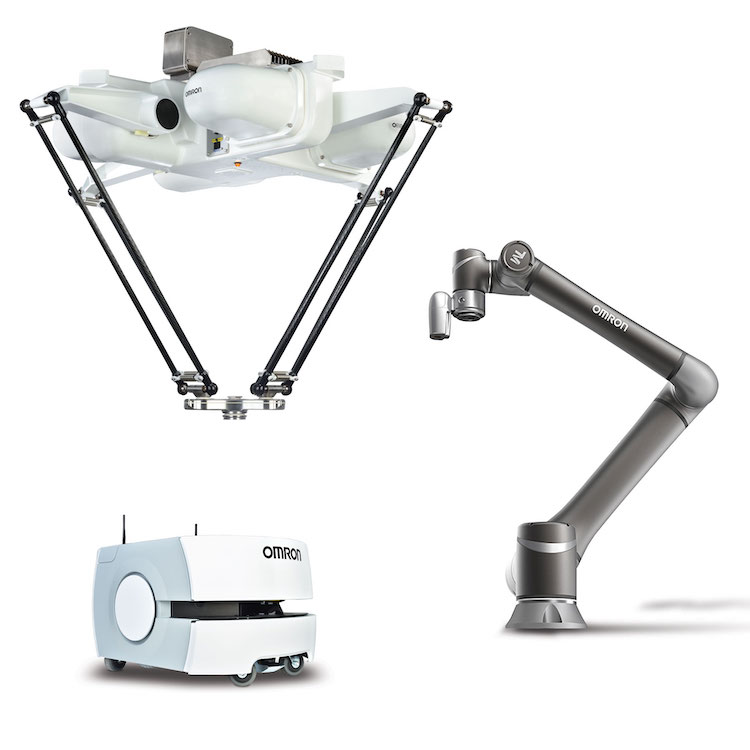 But in future, says Adam, the electronics of the car – including the autonomous driving functionality – could be installed first. This would enable the base to drive itself around from individual robotic work cells in order to become progressively complete.

Adam makes the comments in an interview with Robotics and Automation News (see video below).

And it’s not just speculation on the part of the Omron boss, these are production processes that are being researched and developed by the automotive industry at the moment.

Adam also provides an overview Omron and some detailed insights into its autonomous warehouse robots.

Omron is a global industrial automation company which manufactures a variety of robots and other industrial machines and components. In fact, it is one of the world’s largest manufacturers of industrial robots.

The company has a market capitalization of more than $11 billion, and employs approximately 40,000 people.

Better known for its delta robots, Omron recently agreed a partnership with TechMan Robot, which produces a collaborative robotic arm.

The two companies will develop technologies together and combine their marketing efforts.