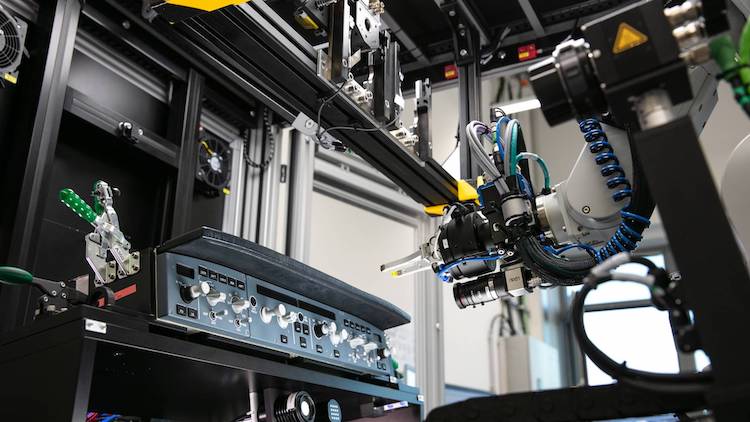 In the future, RoCCET will be used to check the functionality of LED lights and switches on the basis of concrete, standardized measurement data. The robot-based procedure is currently in the integration phase.

The robot has integrated sensors to measure the forces that occur when switches are activated.

In addition, it is equipped with several industrial cameras with which it captures all display instruments and any outer damage.

With another camera, it measures the brightness of all displays from various angles.

The robot is able to check all switches and LEDs just as well as a human and perform defined functional tests.

Florian Sell, senior engineer automated test equipment systems at the aircraft component services division and manager of the RoCCET project, says: “This fully automated procedure allows us to ease the burden on our colleagues in the workshops and reduce the testing effort by one to two hours per component.

“At the same time, the new procedure provides concrete measurement data in accordance with uniform standards.

“For example, we now have physical threshold values for the brightness of LEDs. And with the help of data mining, we can determine exactly when an LED has to be replaced.”

The robot-based test procedure will initially be used for cockpit controls on Airbus A320 and A350 as well as Boeing 787 aircraft.

In the future, its use may also be extended to other cockpit and cabin controls on all aircraft types at various locations.