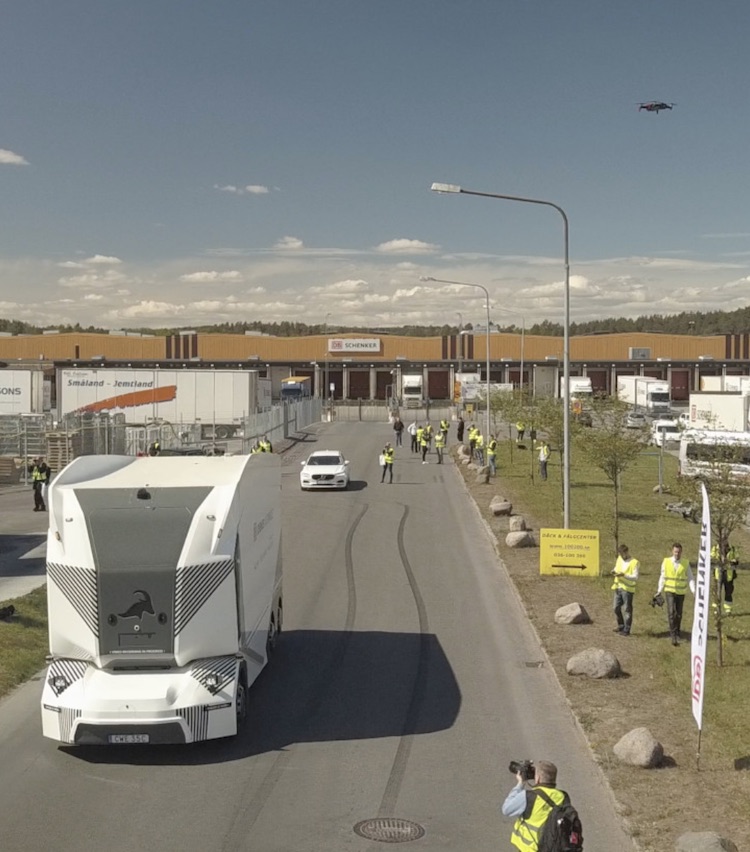 Robert Falck, CEO and founder of Einride, says: “This day represents a major milestone in Einride’s history, and for our movement to create a safe, efficient and sustainable transport solution, based on autonomous, electric vehicles, that has the potential to reduce CO2 emissions from road freight transport by up to 90 percent.

“I can’t begin to describe how proud I am of our team that made this happen in collaboration with our great partner and customer DB Schenker.”

“Together with Einride, we have now introduced autonomous, fully electric trucks to a continuous flow on a public road – a milestone in the transition to the transport system of tomorrow.”

In November 2018, the Swedish startup Einride and leading logistics firm DB Schenker initiated the first installation of an autonomous, all-electric truck or “T-pod” at a DB Schenker facility in Jönköping, Sweden.

The companies claimed it to be the first commercial installation of its kind in the world.

On March 7, the Swedish Transport Agency concluded that the T-pod is able to operate in accordance with Swedish traffic regulations.

Then on March 11, the agency approved Einride’s application to expand the pilot to a public road.

The permit applies to a public road within an industrial area – between a warehouse and a terminal. The permit is valid until December 31, 2020.

Einride and DB Schenker entered into a commercial agreement in April 2018 that includes the pilot in Jönköping and an option for additional pilots internationally.