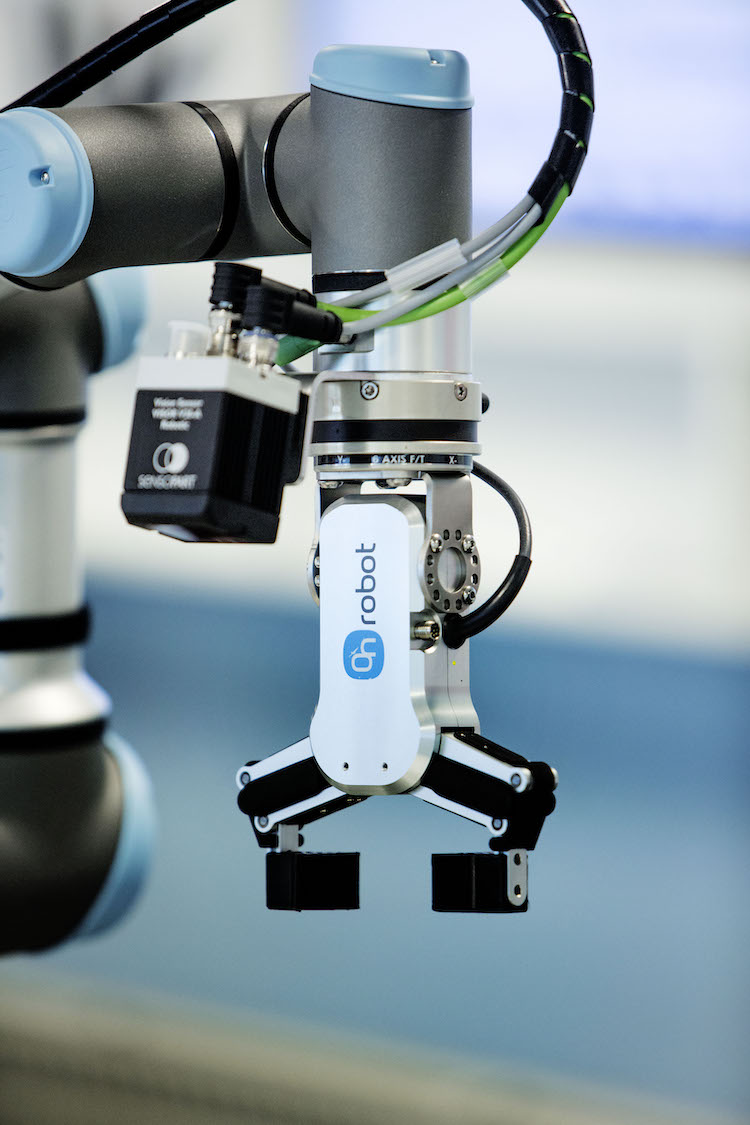 OnRobot says it will closely focus on the growing demand of end-of-arm-tooling (EOAT) in robotics automation in Southeast Asia.

OnRobot specializes in EOAT for collaborative applications, where machines and humans come together to automate, for faster and cost-effective production.

The EOAT provider aims to reach 40 to 50 products, including grippers, sensors, vision and other technologies to enable collaborative robot solutions in Southeast Asia and across the world.

With major demand in Southeast Asia coming from industries such as electronics, automotive and CNC machining, and with huge potential for collaborative automation, the region is an important market for OnRobot.

OnRobot’s CEO Enrico Krog Iversen, says: “On a global level, demand for EOAT is expected to rise as robots are increasingly adopted.

“OnRobot’s new regional headquarters in Singapore demonstrates our commitment to the robotics market in Southeast Asia and belief that the industry has strong regional growth potential.

“Singapore being the automation hub is ideal for OnRobot’s regional headquarters.

“Our focus will be to provide complete collaborative robot solutions in the Southeast Asian region to help manufacturers attain productivity while reducing costs and improving their ability to scale.”

Taylor joins OnRobot from US-based Otis Elevator, where he was the senior director of new equipment innovation for the last three years. Prior to that, he spent 15 years in China, serving various establishments.

While in China, he was appointed the general manager for Universal Robots from 2014 to 2016.

At Universal Robots, he was instrumental in developing the business in China from start-up; established China offices, developed team and sales channels, created and executed the local business strategy.

James holds a BS in Biology from the US and a MBA from Rutgers Business School. He is also fluent in Mandarin.

The plug and produce tools have in-built features that offer simple programming and easy installation, making automation accessible and profitable for all sizes and types of manufacturers.

“The gripper does not require compressed air to function which saves both cost and power and makes it a revolutionary product.”

OnRobot’s RG2 dual gripper can work and function without an operator present, which enables it to maximise productivity.

The company says it allows workers to allocate their time to different tasks and improves their working conditions.

For a leading CNC machines company, the single gripper had the cycle time of 27 seconds which was reduced to 12 seconds, using the RG2 dual gripper.

With the International Federation of Robotics forecasting a sharp growth in cobot sales from 4 percent to 34 percent of a $25billion market by 2025, a strong shift in favour of EOAT is widely expected.

This shift is expected to significantly affect Southeast Asia, a region where the automotive and electronics industries are booming, as collaborative robots and other industrial robots are deployed to boost efficiency and productivity.

A recent research estimates global sales of robotic end of arm tools will surpass $2 billion in 2019, up from $1.9 billion in 2018.

With industrial ecosystem facing pressure to enhance productivity and cost-efficiency, the demand for EOAT is ever increasing.

With in-built intelligent features, versatility, flexibility, and its user-friendly nature, EOAT is easy-to-use, install, integrate and carry out automation.

This is very beneficial for the general workforce, especially in Southeast Asia because the workforce in the region has lower skill set as compared to other developed markets.

Workers generally do not have deep knowledge of robotics and its related functionality. This makes EOAT extremely cost-effective for businesses, as it will help existing workers adapt to the new technology easily.