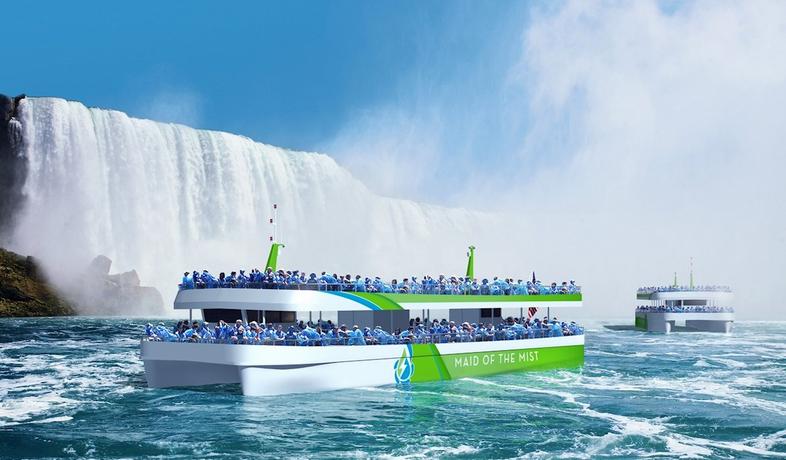 Visitors to Niagara Falls will soon be able to experience one of the US’s top landmarks emission-free.

Two new Maid of the Mist passenger vessels will be powered entirely by high-capacity battery packs, becoming the first all-electric vessels ever built in the US.

The new vessels will benefit from ABB’s zero-emission technology when they start operating later this year, allowing guests to experience Niagara Falls undisturbed by engine noise, vibration or exhaust fumes from a conventional diesel engine.

Maid of the Mist, one of North America’s oldest tourist attractions, operates from April to the first week of November, with boats departing for the base of Niagara Falls every 30 minutes, with an estimated 1.6 million guests on board annually.

Each of the vessels will be powered by a pair of battery packs with a total capacity of 316 kWh, split evenly between two catamaran hulls.

Having two fully independent power systems on board will increase the resilience of operations by creating a redundancy.

The vessels will charge between every trip while passengers disembark and board. Shoreside charging will only take seven minutes, allowing the batteries to power the electric propulsion motors capable of a total 400 kW (563 HP) output.

The power setup will be controlled by ABB’s integrated Power and Energy Management System (PEMS), which will optimize the energy use on board.

The use of locally produced renewable power will make the energy cycle for the operation of the new Maid of the Mist vessels entirely emission-free.

Sustainable transportation has a crucial role in the fight against climate change, with shipping accounting for 2 to 3 percent of the world’s total greenhouse gas emissions.

The International Maritime Organisation, a United Nations agency responsible for regulating shipping, has set a global target to cut annual emissions by at least 50 percent by 2050 from 2008 levels.