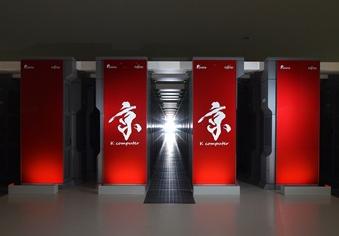 Fujitsu Limited has announced that, working with RIKEN, it has completed the design of Post-K, the successor to the K supercomputer.

The Japanese Ministry of Education, Culture, Sports, Science and Technology (MEXT) is aiming to start the public service of Post-K around 2021 or 2022.

Fujitsu has now concluded an official contract with RIKEN to manufacture, ship, and install hardware for Post-K.

In addition, it aims to start production of a commercial supercomputer using technology created in the Post-K development process, and plans to begin global sales in the second half of fiscal 2019.

The company’s efforts in the development of Post-K will be exhibited at Fujitsu Forum 2019, to be held on May 17 at the Tokyo International Forum in Japan.

Since 2006, Fujitsu and RIKEN have jointly developed the K computer, aiming to start public service in 2012.

The K computer to this day offers world class performance in major performance metrics that show the practical usefulness of supercomputers, serving as an indispensable research and development platform for cutting-edge research.

Post-K is the successor to the K computer, and it is expected to serve as both a cutting-edge research and development platform for solving a variety of social and scientific issues.

As a major platform, Post-K will also support the creation of “Society 5.0″(1), the Japanese government’s vision for an ideal future society.

Fujitsu and RIKEN began basic design work in October 2014, and followed by the advancement of system prototypes and detailed design work while conducting co-design with application developers from a variety of fields.

At a meeting of the Council for Science, Technology, and Innovation held on November 22, 2018, it was reported that, based on an interim evaluation of the development of Post-K, the project was expected to meet its development goals.

Accordingly, the Council judged that it was appropriate to steadily move forward with production and installation based on the results of the system design process.

As a result, Fujitsu and RIKEN have now signed an official contract to begin production of hardware for Post-K, and then proceed to shipment and installation.

Post-K will be equipped with A64FX, a high-performance CPU developed by Fujitsu, and the new system will support a wide range of software due to its use of the Arm instruction set architecture, while offering features such as high parallelisation, extremely low power consumption, and mainframe-class levels of reliability.

For example, the company will promote the Arm ecosystem, utilise open source software with Post-K, and apply the results obtained with the supercomputer.