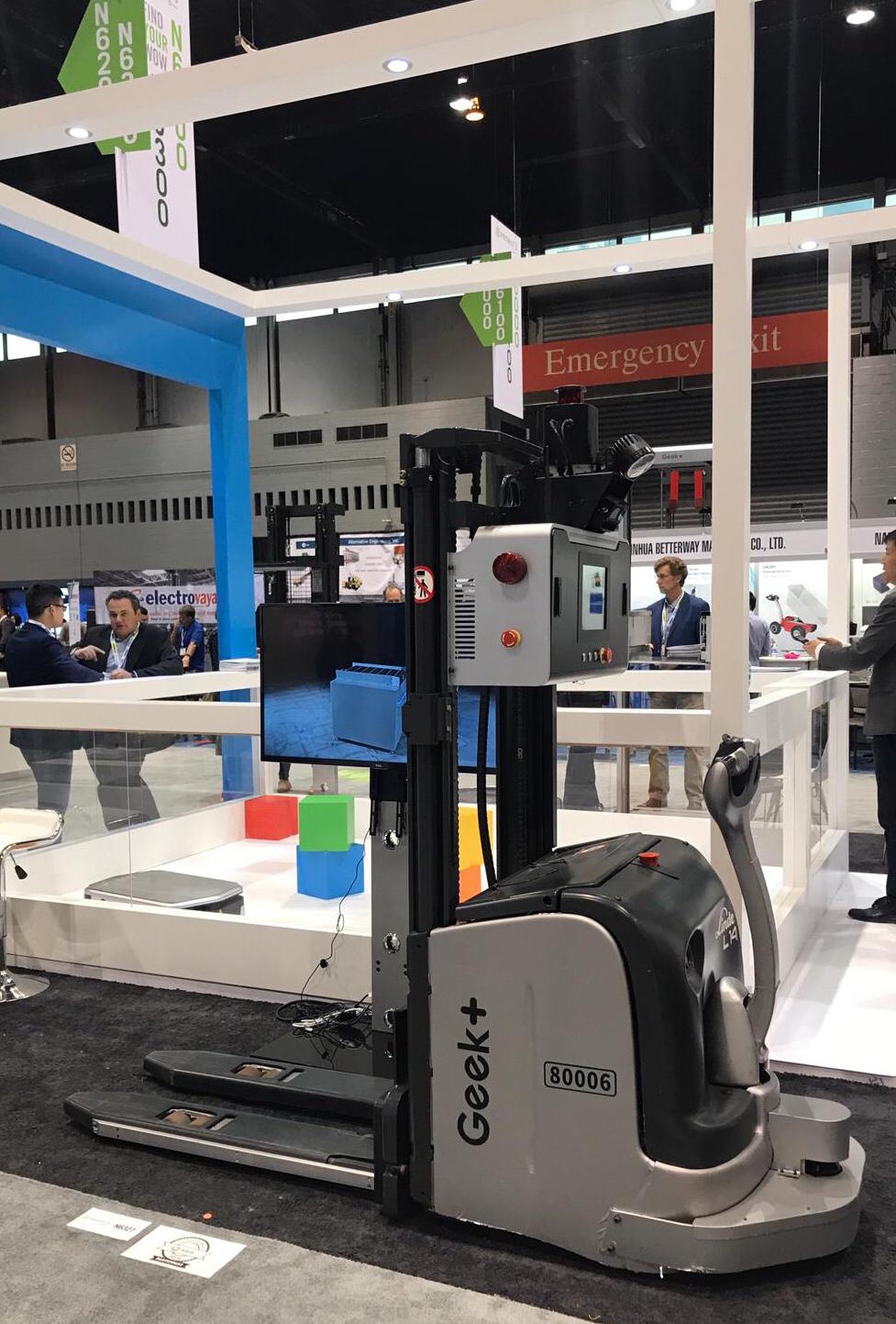 Geek Plus Robotics says it is receiving high levels of interest from heavy industry for its supply chain automation technologies, which are currently being showcased at ProMAT, in Chicago.

A spokesperson for the company says the specific products generating the interest are its autonomous forklift truck as well as its M1000, which, as the name suggests, is a warehouse mobile robot with a payload of 1,000 kg. The driverless forklift’s payload is 1.6 tons.

“We are getting a lot of inquiries about all our products, but the forklift and M1000 are of particular interest because there are not many companies that can supply these kinds of machines,” says the spokesperson.

“For example, steelmaking and construction, and other operations where the loads are big and heavy, are looking at the forklift and our larger robots as solutions to their material handling requirements.”

The driverless forklift is a new addition to the company’s product range and is on display for the first time in the US.

While the technology is not entirely new, Geek Plus is one of the first to commercialize it, although some business regulations may need to be met first.

The market for traditional, human-driven forklifts – or lift trucks – is massive. According to Modern Materials Handling, worldwide sales of lift trucks reached almost 1.4 million units in 2017, having increased by 18 percent compared with the previous year.

The top manufacturer is said to be Toyota, with more than $10 billion in sales over the course of that year.

Of the top 20 lift truck manufacturers MMH lists, here are the top 10, along with their revenues for 2017:

Even though this is only half the top 20, it still amounts to more than $36 billion, a huge potential market in which driverless lift trucks could grow into.

There is a small number of autonomous forklift trucks already available, notably ones supplied by Toyota, the leader in the lift truck sector as well as many other vehicle sectors.

However, it’s a relatively new market, so companies like Geek Plus could gain a significant share in the next few years.

But the driverless forklift is a new product even for Geek, and for now, the company is concentrating on reaching its sales target of 10,000 units by the end of this year.

It has already reported sales of 7,000 units since it started in 2014, and orders have been accelerating in the past year, so it probably won’t take a long time to reach the target, especially if the strong interest currently being shown at ProMAT continues.

Geek Plus is a Chinese company specializing in warehouse automation and is making its debut at ProMAT, one of the largest material handling exhibitions in the world.