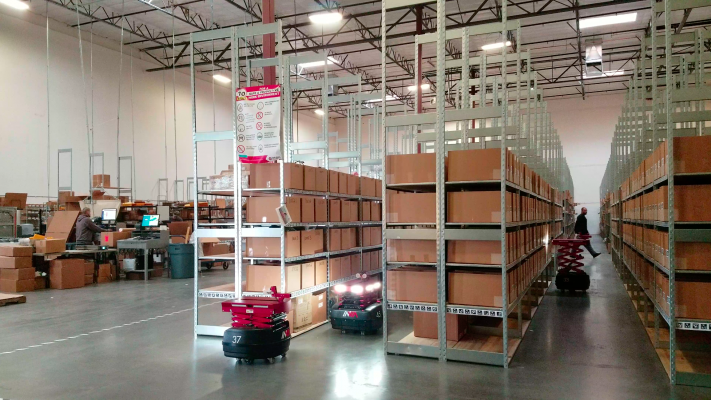 inVia Robotics, a provider of warehouse automation solutions for e-commerce, has expanded the application of its Picker robots in additional Rakuten Super Logistics warehouses across the United States.

Following the success of an initial installation in 2018, RSL will roll out inVia’s automation technology for picking across its fulfillment network.

Rakuten Super Logistics is a national leader in e-commerce order fulfillment as a third-party logistics provider.

inVia’s system helps them do this by creating more efficient warehouse workflows that quickly increase productivity, without disrupting any of their daily operations.

inVia’s Robotics-as-a-Service solution, a subscription-based model, was chosen by RSL ahead of competitors due to its ability to increase efficiencies across many operating layers within RSL’s facilities without having to develop in-house robotics expertise.

Since using inVia’s system, RSL has seen a 50-70 percent increase in throughput, as well as an increase in employee morale, say the companies.

“Our expanded partnership with inVia is indicative of our company’s commitment to providing clients with state-of-the-art technology designed to maximize efficiency and minimize costs.”

inVia’s fleet of autonomous robots are directed by the Robotics Management System that analyzes the layout of any new or existing warehouse to optimize workflows and increase throughput without disrupting operations.

The system’s advanced AI algorithms adapt to changes in demand and continually identify the most efficient picking paths and processes.

inVia’s platform seamlessly integrates with any existing warehouse layout and software, and its RaaS model lets customers see an immediate ROI with pricing based on the productivity of the system.

RSL selected inVia as a partner in its national expansion because of the solution’s ability to scale.

The first warehouse of the expansion is already in operation, having gone live in Las Vegas, Nevada earlier this year.

Over the course of the next few months, the system will be added into facilities in several key RSL distribution centers across the country.

Lior Elazary, founder and CEO, inVia Robotics, says: “We look forward to continuing to support the rapid growth of Rakuten Super Logistics. through automation of their fulfillment workflows, which provides them with an edge over their competitors.

“The ability for inVia’s system to adapt to any environment and to scale makes it the perfect solution for Rakuten Super Logistics’ existing and new warehouses as e-commerce demand and RSL’s business continues to grow.”