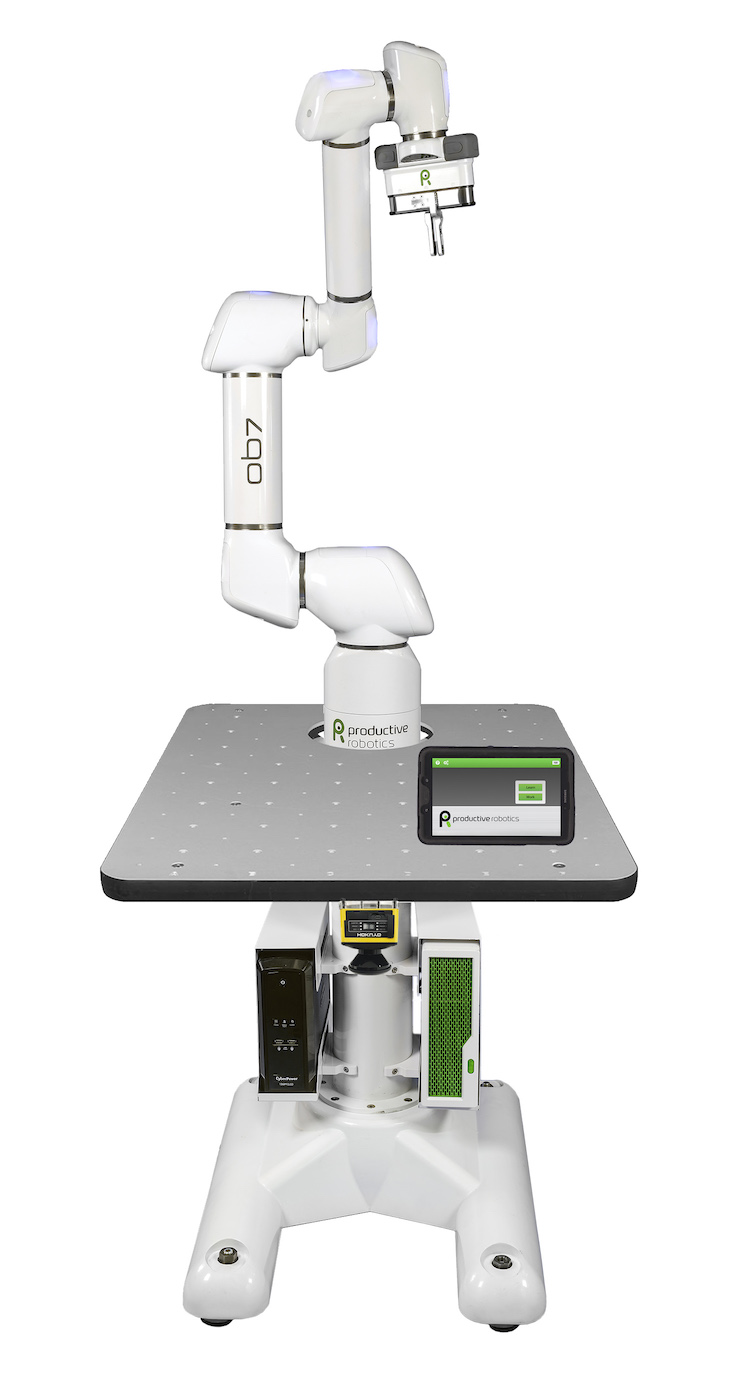 Productive Robotics is unveiling its full line of next-generation teachable collaborative robots at the Automate Show, which started today in Chicago.

The Santa Barbara, California-based cobot designer and manufacturer added an enhanced human sense of vision to its teach-and-learn platform, providing customers with a unique offering not currently available in the market.

“We’ve combined that level of expertise with the latest technology to offer customers the simplest, most flexible, innovative and cost-effective lineup of next-generation collaborative robots in the market.”

Building on the success of its OB7 cobot, Productive Robotics is introducing OB7-Max 8 and OB7-Max 12 to round out its full line of cobots.

Equipped with the same “no programming”, simple to teach intelligence and human arm flexibility as OB7, OB7-Max 8 and OB7-Max 12 are designed to handle larger payloads with long reach, at 8kg and 1700mm, and 12kg and 1300mm respectively.

Each OB7 model can now be equipped with the human-like sense of vision, providing simpler, faster and more efficient robot training and operation.

With OB Vision, OB7 automatically learns to recognize and pick up objects with a single button push.

By the end of this year, OB7 will also be equipped with an improved sense of touch. OB Vision and any additional senses are based on Productive Robotics’ “no programming”, simple to teach platform.

Its intelligence comes from Productive Robotics’ “no programming”, simple teaching platform – the user simply shows OB7 how to do the job and OB7 learns – providing customers with complete ease of use.

OB7 offers ultimate flexibility thanks to its seventh axis. Like a human arm, seven joints give OB7 the flexibility and dexterity to reach around objects or obstacles where others can’t.

Unlike a human arm, each of OB7’s joints can rotate 360 degrees in both directions allowing the cobot to work in more confined work spaces and areas that a six-axis robot can’t reach.

The Automate Show is co-located with the ProMAT Show, and Productive Robotics is at booth N6957.