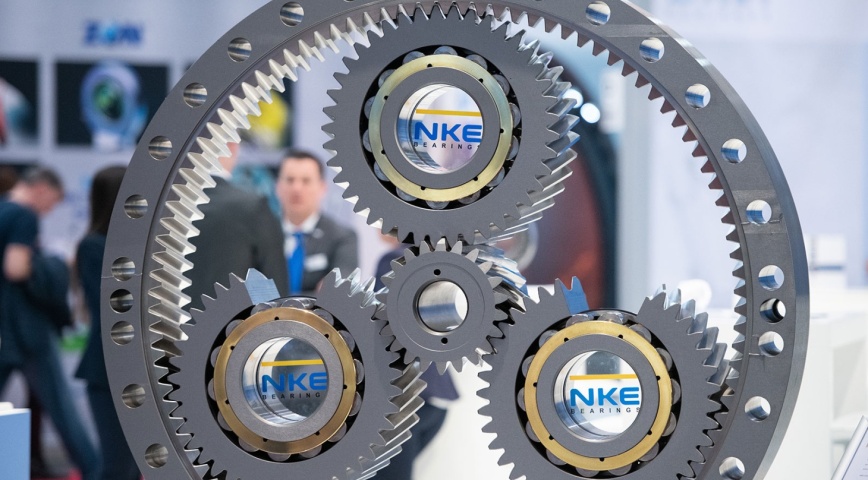 Make digital transformation tangible – that was what organizers of the Hannover Messe 2019 promised. And, as the five-day event comes to a close, they announced a positive result.

Artificial intelligence in industry and robotics, the potential of the new 5G mobile communications standard for industrial applications, lightweight design, and the future of work in a time of increasing digitalization were this year’s most important topics at the world’s leading tradeshow for industrial technology.

“Hannover Messe 2019 showed that it is the world’s most important platform for all technologies related to industrial transformation,” said Dr Jochen Köckler, chairman of Deutsche Messe. “More than 215,000 visitors used Hannover Messe to invest in new technologies and prepare their businesses for the future.

“Only Hannover provides the comprehensive look at application scenarios, the potential and the interaction of Industrie 4.0, artificial intelligence, 5G, and energy solutions.”

Roughly 6,500 exhibitors from around the world presented solutions for the future of manufacturing and energy supply, including more than 500 examples of the deployment of artificial intelligence in industrial manufacturing, 5G applications, and solutions for the energy and mobility transitions. Robotics was also a major draw for visitors.

“The record-breaking turnout underlines the international significance of Hannover Messe and shows Germany’s strength as an industrial location,” said Köckler.

The top visitor countries after Germany were:

Thilo Brodtmann, executive director of the German Engineering Federation, said: “There are a few clouds on the horizon for the mechanical engineering industry right now, making the role of Hannover Messe all the more important as a continued beacon for industry and innovation.

“Mechanical engineers are at the vanguard of connected production environments, and the strong interest shown by visitors in machine-to-machine communication and the ‘global machine language’ OPC UA confirms that our members are at the forefront of developments.

“Another critical factor for integrated manufacturing is the ultrafast 5G mobile telecommunications standard, and this year’s Hannover Messe generated some real momentum in this area.

“The Industry 4.0 wave has been rolling for a few years, and this year’s fair revealed how far we have come since it all started,” added Brodtmann.

“Next year’s fair will feature numerous applications for 5G technology. Companies in the electrical engineering and electronics sector are eager to use this new mobile communications standard.

“Together with artificial intelligence, it is going to be an important competitive factor,” he concluded.

As a major premiere, the show’s technology partners Nokia and Qualcomm treated visitors to the first-ever 5G test environment.

This enabled both solution providers and potential users to demonstrate and try out the potential of this new mobile telecommunications standard for industrial applications.

The 5G premiere at Hannover Messe also marked the start of Deutsche Messe’s “smart venue” initiative, which over the course of the next several months will turn the Hannover Exhibition Center into the world’s first tradeshow venue with fully operational 5G technology.

In a rich array of Hannover Messe forums and conferences, experts from industry, government and the R&D community stimulated fruitful dialogue on topics such as Industry 4.0, AI and the future of work.

Among the supporting program’s popular highlights were the Lightweighting Summit organized by the German Ministry for Economic Affairs and Energy, the Future of Work in Industry congress and the Industrial Pioneers Summit.

Staged under the motto “Sweden Co-Lab”, Sweden’s Partner Country showcase was all about innovation and collaboration.

As Köckler put it: “Sweden impressed as a powerhouse of creative ideas for tomorrow’s technological solutions: liberal-minded, agreeable and highly innovative.”

In an age of digital transformation, Hannover Messe is also evolving. Thanks to a strategic retooling, including a rebranding, new thematic approach and new physical layout of the showgrounds.

Hannover Messe is preparing to underscore its role as the world’s leading industrial technology showcase.

Featuring seven main display categories, the updated format will set the stage for further growth in the core segments of industry, energy, and logistics.

The next Hannover Messe will run from 20 to 24 April 2020, with Indonesia as the official Partner Country.